OUR KING ENTERS THE SENATE
K

I've been meaning to ask and forgive me if this is inappropriate but how was the 1972 election in T&T going to end?
G

Kaiser Julius said:
I've been meaning to ask and forgive me if this is inappropriate but how was the 1972 election in T&T going to end?
Click to expand...

i mentioned this on the NDCRcast, but i had two routes:
-republicans nominate john mccain iii who would spend 8 years moving the party to the right as the constitution party collapses into factionalism between the west and south
-republicans nominate a more isolationist fiscal conservative who is moderate enough on social policy

the campaign would be between senate leader humphrey, [republican], and evan mecham, it would end in a republican landslide after a generation of democratic dominance

a fun plan i had was to have george wallace as majority leader, but that was always out there

if you have any more questions don’t hesitate to ask!
K

Is that the Test Threader Discord server?
G

Kaiser Julius said:
Is that the Test Threader Discord server?
Click to expand...

it is not
K

gentleman biaggi said:
it is not
Click to expand...

Is it the server were we all hang out that started as a place to discuss [that]?
G

Kaiser Julius said:
Is it the server were we all hang out that started as a place to discuss [that]?
Click to expand...

ok but did your favorite rapper support koresh
G

maine troubles between paul lepage and george mitchell when 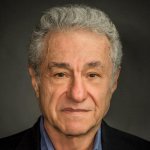 nothing to see here just one king looking at another
G

“By 1933, the Democratic Party, seemingly ascendent due to the ‘Crash of 31’, was split between three factions, the ‘Bryanite’ far left wing, lead by Christian Socialists, such as governor Norman Thomas of New York, the ‘Watsonite’ wing, that shared many of the same beliefs on economics as the Bryanists but who harbor intensely conservative racial and religious beliefs, lead by Rhode Island representative HP Lovecraft, and the ‘Old Guard’ Democrats, largely southern and northeastern conservatives who weren’t entirely shaken out by Bryan’s nominations in 1896, 1900, and 1904 and the rising left wing in the party, this wing was lead by William McAdoo....”
G

i don’t know what i made
G

have a nice life is underrated outside of deathconciousness
G

idea: oregon trends into a republican state with a growing green party and moderating state republican party holding it down.

gentleman biaggi said:
billy hargis is such an insane figure he needs to be president in a tl
Click to expand...

are you happy now