Mumby said:
are you happy now

He maintained that "wealth creation is the real American revolution."
Click to expand...

lmao he really sold out
G

theev said:
lmao he really sold out
Click to expand... 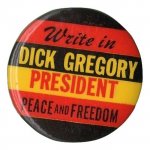 list based off this button coming one day
G

god i wish i could wikibox rn
G

no sad or sporadic posts tonight! just the blazers!
G

Comedy is Freedom: Dick Gregory’s Wild Ride to the Presidency

No Fun Allowed: Richard Nixon and the Sino-Indian War:

No Fun Allowed: Richard Nixon and the Sino-Indian War:

Nixon/Kindness is an unreal ticket
G

kinda wanting to do a president wayne dowdy tl....

here’s a solid start:
-al gore wins the democratic nomination in 1988, still gets crushed by bush because of some thing or another
-however, gore does better in the south and as a result dowdy is able to beat lott in 1988
-bush wins in 92 somehow, let’s say democrats avoiding a southern candidate and nominating some weird ass mf like jerry brown
-king dowdy wins re-election
-the second bush term goes much worse than the first and some war probably breaks out somewhere
-in 1996 dowdy is able to mix populist appeal and that southern love to win a contested nomination
-profit!
G 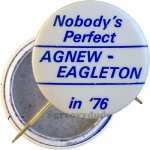 Here’s a rough breakdown of what happens because I’m too lazy to write a full post:

-Ho Chi Minh lives through 1969 and as a result the Sino-Soviet War breaks out into a full scale conflict with weapons of mass destruction (nuclear and chemical) being used throughout the conflict
-As a result Nixon suffers a blow in popularity, largely due to the massive defects on crops that the use of nuclear strikes bring to the entire planet, and also because he’s still Nixon
-Nixon tries to ram a peace deal through in Vietnam before an incredibly destructive midterm, but he bungles it and there’s peace in Vietnam around 1971
-Hubert Humphrey is nominated by the Democratic Party in 1972 who attempt to run a “return to normalcy” campaign against Nixon
-Nixon is down in the polls but ends up getting shot by Bremer and dies
-Despite a slight boost from Nixon’s assassination, Agnew can never fully recover in time for the 72 election and fails to beat Humphrey, although his campaign team does shut down a slight corruption scandal in Baltimore
-Humphrey uses the 70-72 house and senate gains to ram through some cool policies like Universal Healthcare and even Taft-Hartley Reform, but he dies and New South Governor Askew bungles it all up
-Agnew, a surprisingly popular figure for some of his “National Unity” calls throughout 1972 is able to be nominated as a Republican with Michigan governor Lenore Romney
-Agnew pulls out a bigger than expected victory in 76, and is able to bring Republicans back into the White House
-Of course Agnew gets caught with like a cartoon bag of money being handed to him by like Lamar Hunt, and is forced to resign
-The Romney administration does not go well, as Romney faces conservative opposition within her own party, a Revolution in Saudi Arabia tanking the economy, and a still Democratic congress fighting against corruption
-Enter David Wade, the former head of the Louisiana National Guard and also an anti-corruption Democrat swept into office in 1975 as Louisiana was struck with its own corruption crisis. Wade gained national attention for his public fights with corrupt leaders and alliance with the AFLA, which lead to him being a front runner for president as the United States was reeling from a corruption crisis and a 1970s where no president served a full term.
-Of course Wade won, as Republicans struggled to turn out the base for Romney, and Wade entered office a popular man.
-While Wade spent much of his first term fighting for progressive policy (and overseeing the end of the Sino-Soviet War), his age and anger at perceived corruption caused him to become more “eccentric” towards the end. He famously called for the removal of 3 representatives in the house indicted for corruption, he called upon Attorney General Mike Bowers to investigate multiple high ranking officials, often appeared in his old WWII uniform (including once when he appeared in Louisiana to oppose gubernatorial candidate David Duke, where he openly threatened Duke due to his KKK past), attempted to repeal the 22nd amendment, and lead two cabinet purges in 1987 alone after attempts were made at removing Wade through the 25th amendment were blocked by Attorney General Bowers and Senate Pro Tempore Henry M. Jackson. This lead many to compare Wade to a Latin American dictator, especially as he remained popular, but Wade left office constitutionally and with surprisingly high popularity.
-After Wade came a massive storm of Republican support for Kevin Kramer, who ran on a platform of taking America back to the good ol’ days (you know when we weren’t overseeing nuclear conflict or extremely corrupt), and with a popular and attractive California governor on his side, Kramer was able to destroy Democrat James Corman who was unable to whip up the same support as Wade
-The Kramer administration is able to push for some more economically right wing policies, such as cutting Healthcare funding, and pushing for strong drug criminalization policies.
-Kramer was able to shake off a small recession at the beginning of his administration to have a generally popular presidency, even as war broke out in the Middle East and the United States sent troops overseas for the first time since Vietnam
-With this came the election of Mike Curb. While Kramer had been president and a strong advocate for Republican polices, Curb had generally been the most popular part of the administration due to his charisma and furious campaigning against drugs, with this he was widely expected to defeat any Democrat in 1996, which he promptly did as Democrats put up “Christian Democrat” and Pennsylvania Governor Tony Campolo for president
-While Curb’s personal popularity got him two terms, the blowback of a decade of more conservative economics happened as Curb was hit with a recession almost as soon as he was inaugurated for a second time.
-As a result, Democrats put up Ed Garvey, a Wisconsin Democrat with ties to organized Labor who destroyed the Republicans and their nominee Tommy Hartlett, even as a third party candidate, Colorado Governor Joe Edwards split the vote for Democrats. Time will only tell how Garvey’s administration is remembered...
G

Buddhist Economics, Reaganomics, and Those Clowns Up In Washington: 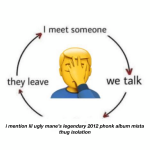 hey i saw a newspaper clipping of brien mcmahon that involved aliens so i decided to make posadist mcmahon but also with meldrim thompson involved:

As a result of War between the Socialist Southern Union and the United States of America, Second Reconstruction Begins