the German and the French working together to stop the Reagan Presidency from ever happening?

Comrade Izaac said:
the German and the French working together to stop the Reagan Presidency from ever happening?

As perfidious anti-WASP Democrats should!

The 1980 United States presidential election was held on Tuesday, November 4, 1980. The Democratic ticket of former vice president Ed Muskie and the junior U.S. senator from Louisiana Lindy Boggs defeated the incumbent Republican president Richard Nixon and incumbent vice president Jesse Helms. This was the first election since 1932 in which the incumbent president failed to win reelection. Muskie secured the Democratic nomination over his closest rival, Senator Peter Camejo, in a competitive primary that featured the largest field of candidates for any political party in the modern era of American politics. Central issues of the election included the public health and economic impacts of the ongoing H2N2 pandemic; civil unrest in reaction to the Atlanta murders and Unabomber terror attacks; the U.S. Supreme Court following the death of Potter Stewart and confirmation of Sandra Day O'Connor; and the future of the Health Security Act.

Before, during, and after Election Day, Nixon and numerous Republicans attempted to subvert the election and overturn the results, falsely alleging widespread voter fraud and trying to influence the vote counting process in swing states. Attorney General John Poindexter and officials in each of the 50 states found no evidence of widespread fraud or irregularities in the election. The Nixon campaign and its allies, including Republican members of Congress, continued to engage in numerous attempts to overturn the results of the election by filing 63 lawsuits in several states (all of which were withdrawn or dismissed), spreading conspiracy theories alleging fraud, pressuring Republican state election officials and legislators to change results, objecting to the Electoral College certification in Congress, and refusing to cooperate with the presidential transition of Muskie in what was widely described as an attempted coup. This culminated in a mob of Nixon supporters attacking the United States Capitol on January 6, 1981, and Nixon being impeached for incitement of insurrection.​
B

and also the Republican primaries

this is what happens when the Democrats are like "yeah nah let's make our ticket compromised of two alleged associates of Jeffrey Epstein, that should work well"

Out of curiosity, where did you get that McAfee portrait?
B

rosa said:
Out of curiosity, where did you get that McAfee portrait?
Click to expand...

The discord, it was used by another AHer
B

On the subject of Michael Jackson, did y'all see that what-if Ebony magazine did? 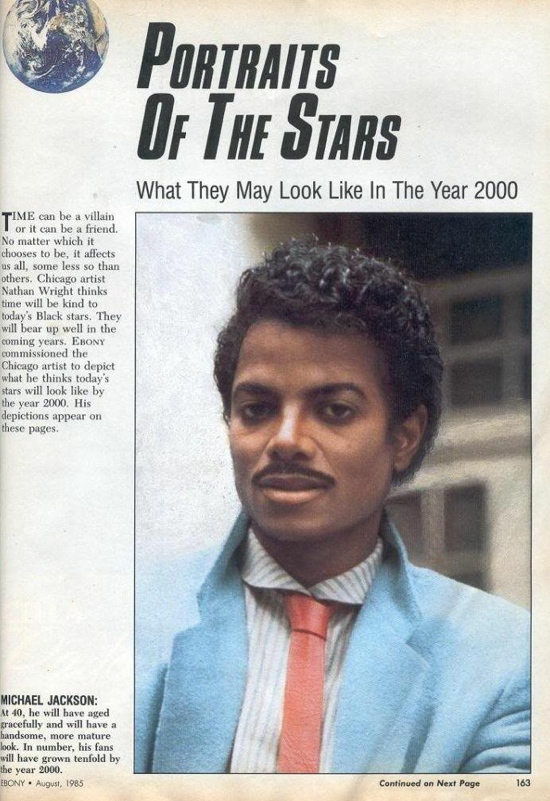 Blackentheborg said:
On the subject of Michael Jackson, did y'all see that what-if Ebony magazine did?

"Sources in the White House claim a 'noticeable and dramatic change' in the attitude of the vice president, describing him as uncharacteristically sarcastic, aggressive and, most worryingly, outwardly hostile to certain individuals in congress, such as Speaker of the House Dennis Hastert. It is almost as if his body is being occupied by a completely different person." - excerpt from New York Times article, 1999

"And let me tell you, how else were the authorities clued in that these two boys were about to perpetrate a mass shooting?! Make no mistake, my friends, the Colorado police were tipped off by a rouge element in our government! There's no doubt!" - conspiracy theorist Alex Jones discussing the arrests of Eric Harris and Dylan Klebold, 1999

On gays and lesbians, Gore proclaims "Love thy neighbour as thyself, and trans rights!" during California tour - 1999

"Bernie got more roll call amendments passed than any other congressman since 1995, all while Congress was under a Republican majority. We have absolute faith in his ability to look beyond partisanship and implement commonsense reform for all Americans." - Gore, suspiciously lucid, 2000

"Well, uh, shit, Al, I didn't expect any of this."
"Consider it a parting gift, Bill, so they'll forget about the impeachment and you can leave the White House on a high note."
"I'm still not sure how you knew about the whole--"
"Water under the bridge, Bill, water under the bridge. Just remember what I said."
"Hillary's a real class act, Al, I'm not sure I can--"
"Convincing her not to run for office is your problem, Bill, mine is kicking the asses of Halliburton's Board of Directors."
- private conversation in the Oval Office, 2001

Dr. Needleman is the name of a doctor in a children's cartoon, not real life.

I get the sense that this isn't what you were envisioning, but up until the wikibox I just assumed Gore had been ISOTed back into his past self and just sort of decided "right, fuck all this". Either way, the Gores' home life is probably rather odd.
You must log in or register to reply here.
Share:
Facebook Twitter Reddit Pinterest Tumblr WhatsApp Email Link
Top