TLIAD: Hey Hey, My My

1.​
March 31st, 1994 - an orderly at the Exodus Recovery Center goes outside for a smoke and observes Kurt Cobain attempting to jump over the adjoining wall. Startled, the singer falls and sprains his right ankle, allowing more orderlies to take him back inside with little protest.

May-September, 1994 - Cobain is finally allowed release after two awful weeks of withdrawal symptoms and a few additional weeks of therapy. His first priority, after having a serious talk with his wife Courtney Love about the health of their relationship, is his music. He spends a cabin wilderness sabbatical with Dave Grohl and Pat Smear, during which he spends most of the time drinking black coffee and throwing snowballs at passing cop cars. The trip both repairs the strained friendship with Grohl and gives both the opportunity to work on his unfinished compositions. Love, meanwhile, begins the 'Live Through This' tour with her band Hole. The tour was subject of a series of legal troubles for Love as well, involving physical altercations between herself, crowd members, and other musicians.

February, 1995 - 'IV', Nirvana's fourth album, releases to widespread critical acclaim. Ironically, the title also represents the band growing from a trio to a quartet, with Pat Smear joining in official capacity. Their lead single, 'Butterflies', is noted as a Grohl composition. While DGC was initially furious with Cobain following the tour cancellation, they soften when they see the sales numbers. Some diehard grunge fans are unnerved by the band's shift to a more garage rock direction, to which Cobain shrugs and replies "I just wanted to make a Melvins album, sue me."

September, 1966 - Cobain meets Tupac Shakur in an official capacity during the 1996 MTV Video Music Awards afterparty in the wee hours of the morning. During a frankly sobering discussion, the two bond over their statuses as 'faces' of their respective genres. Shakur recommends he read The Tibetan Book of the Dead, and Cobain recommends he listen to 'Rock for Light' by Bad Brains. This minor event leaves a noticeable impact on both of their lives, especially for Cobain, who reportedly became obsessed with the Bardo Thodol. The two continue their odd friendship to the present day.

February, 1997 - Following a sit-down meeting with personal idol and fellow musician Daniel Johnston, who by that point was readmitted to Austin State Hospital, Cobain starts advocating for mental health checks, himself a longtime sufferer of bipolar disorder. He ruffles the feathers of a few politicians, including members of the Clinton government, over readiness and availability of workable mental health treatments. The news doesn't pay attention to this, instead focusing on the status of his trial separation from Courtney Love. In the meantime, however, multitudes of his fans begin to take steps to improve their own wellbeing as a result. 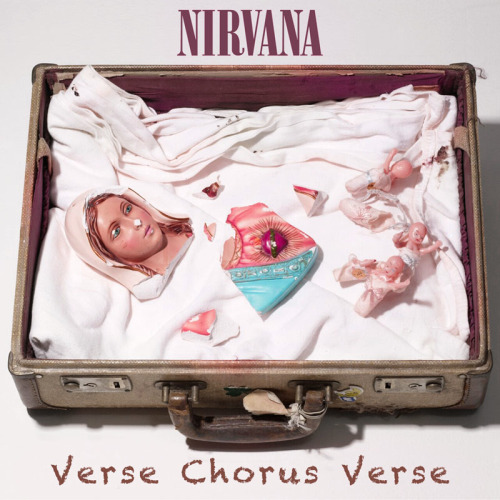 October, 1997 - The co-headlined Hole/Nirvana tour commences across the continental United States. Despite it being his idea, the experience unnerves Cobain, increasingly annoyed at fans demanding he "play the hits". At a point during a concert in Cow Palace, California, against the crowd roaring for the band to play 'Lithium', he snapped "Grunge is dead! Grunge is over, okay?! I'm here, and we're here to soothe [things] and to help everyone move through this!" Similarly, Courtney Love routinely drew controversy with both onstage and offstage antics, getting into fights backstage and taunting audience members. A specific low point was after her and Dave Grohl got in a particularly bitter exchange -- later that night, Grohl pulled the plugs off of Hole's instrument amplifiers during their performance and Love stormed offstage without performing an encore. Both had threatened to quit the tour, leading Cobain to call off the remaining leg so both parties could simmer in peace. Sales of the live album, 'Verse Chorus Verse', was boycotted by fans in protest.
Last edited: Jun 14, 2021
S

did you do the album covers? They look good
B

Sideways said:
did you do the album covers? They look good
Click to expand...

Nah, not yet anyway
O

Blackentheborg said:
This minor event leaves a noticeable impact on both of their lives, especially for Cobain, who reportedly became obsessed with the Bardo Thodol. The two continue their odd friendship to the present day.
Click to expand...

what do you think a nirvana album would sound today?
B

May-July, 1998 - Courtney Love attracts controversy after punching journalist Belissa Cohen at a party and is sued for unspecified damages. Her relationship with Cobain reportedly enters its most fraught stage yet, with police being called to their house one evening after neighbors make multiple noise complaints. In the early morning, Cobain storms out and takes his daughter Francis with him, returning to his Alta Loma Terrace house in Los Angeles. Their press officer, Anton Brookes, announces the next day that the couple will be entering into another trial separation. MTV, however, falsely reports a divorce, leading to paparazzi mobbing both houses. 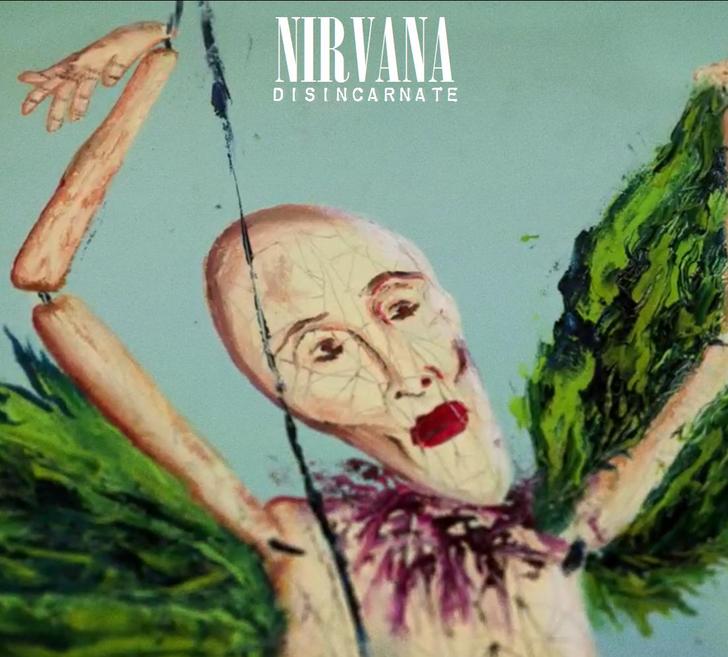 November, 1998 - Nirvana release their fifth album, 'Disincarnate', to decidedly mixed acclaim. Softer in tone and more experimental than other releases, verging on Alternative Rock, Cobain's lyrical content explores wider concepts of life and death. Many listeners interpret the lyrical content as Cobain either contemplating suicide, which the singer quickly rectifies as "coming to terms with what death or dying actually means." The lead single, 'Everlong', written by Dave Grohl about his ongoing romance with Louise Post of Veruca Salt, guarantees radio play on most FM stations.

​
April, 1999 - Cobain appears live on Fox News following the Columbine Bombing massacre, deriding the narrative that metal music and violent video games were responsible. His shouting match with conservative commentator Bill O'Riley, who claims Nirvana's music in particular was somehow an influence, becomes a major pull on nightly talkshows, despite its numerous expletives. One of the more memorable quips delivered by Cobain, "Why does it always have to be Ozzy [Osbourne] or Prince that drove them to do this, Bill?! Has it ever crossed your mind that the kids could've just been messed up?!" lands him in hot water with conservative politicians, deriding him as a hypocrite and a mentally-unwell addict. Bassist Krist Novoselic voices his approval, glad that the band was "finally getting political!"
Last edited: Jun 15, 2021
B 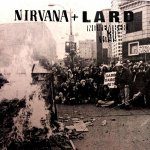 ​
November, 1999 - At the recommendation of bassist Krist Novoselic, Nirvana perform live at the 1999 Seattle WTO protests. They were originally scheduled to play the Showbox, but the performance was canceled because the venue's staff could not get past the police "curfew zone." As a result, they joined Jello Biafra and his side-project band, Lard, in an impromptu performance on the corner of Denny Way. Forty minutes in, King County Sheriff's Officers attempted to disband the crowd, citing repeated noise complaints from nearby duplexes. While the assembled crowd milled out somewhat peacefully, two protesters threw empty beer cans at a parked cop car, prompting the police to surge the crowd and initiate a mass arrest. The resulting melee lead to unmitigated chaos, with members of both bands being forced to leave behind their equipment. Cobain and Grohl experienced close calls; the former was chased by a group of three riot officers and hid inside a dumpster, the latter narrowly avoided being struck with nonlethal rounds.

Bootleg recordings of the show are widely circulated amongst the Seattle musical underground, subsequently lauded for its raw sound and antiestablishment mythos.

January, 2000 - DGC Records, outraged with the incident the group had indirectly caused during the WTO protests threaten Nirvana with terminating their contract. In defiance, Nirvana primitively leave DGC and instead co-sign with Alternative Tentacles, an independent label run by Biafra. 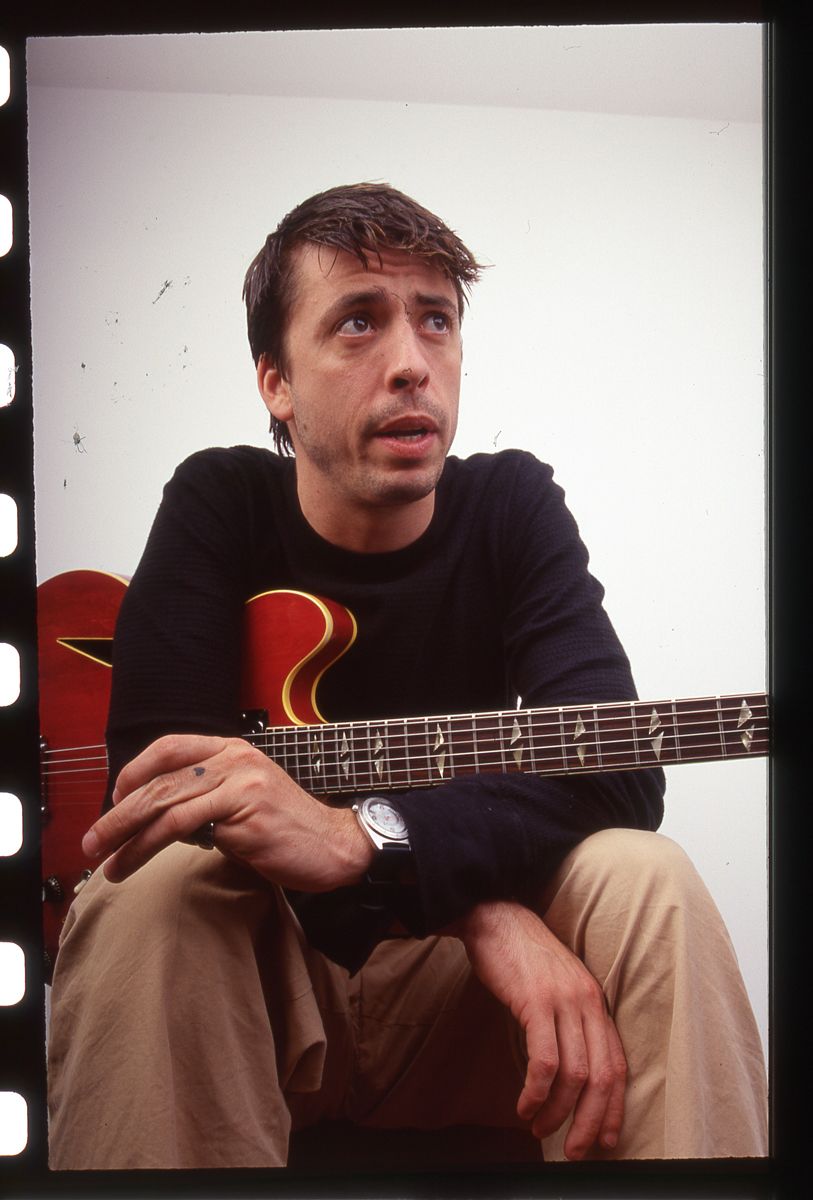 May, 2000 - When asked if the band were on the verge of breaking up, Grohl replied "Oh hell yeah. Dozens of times in the last couple of years, triple that after the tour. If we [Cobain and Smear] never took that trip up to that cabin and sorted everything out, absolutely, the band would have been done. But things are different now. Kurt came out of rehab a different guy, he got really keen on it not being 'his band' anymore. That's why so many songs on the last two albums are mine instead of his alone, which is better, since we don't have to wait on him to write the next single, now I can do that, or Pat can do that, so can Chris [Krist Novoselic], if he's got something he thinks will work."
You must log in or register to reply here.
Share:
Facebook Twitter Reddit Pinterest Tumblr WhatsApp Email Link
Top