Pronouns
he/him or they/them if you're feeling fancy 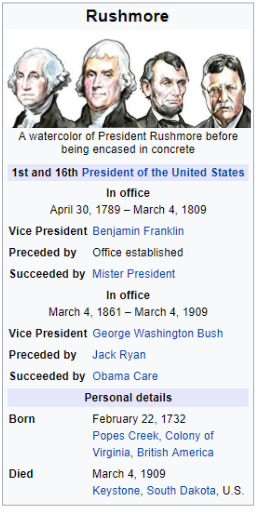 Shoutout to this absolute banger of a wikibox i made the first time i got hungover
Click to expand...

He's got my vote
R

Pronouns
he/him or they/them if you're feeling fancy

is this inspired by FABR btw?
K

An idea I got from @Aolbain while talking about an alternate reconstruction, leading to southern industrialization and conflicts between white and black robber barons against integrated labor unions
Last edited: Sep 24, 2021
K

Kerguelen said:
She say ima freak she callin me Ted Kennedy
Poppin bitches off when Im on that Hennesy
Click to expand...

Bars Behind Bars: An Analysis of Trapped by Tupac Shakur

To this day, issues of systemic racism have risen in prominence as it becomes clear that the system to which thousands of black Americans have pledged their allegiance to, has not pledged allegiance to them. From this, one can see what drove Tupac Shakur, a victim of injustice brought upon due to his race, to bring light to these issues. Born to Afeni Shakur, a member of the Black Panther Party, Tupac had an intensely political upbringing, later learning to communicate these politics through music. In November 1991, six months after the beating of Rodney King by policemen received national attention, Shakur released an album directed towards mature audiences across America centered on problems faced by the black community. Under the MC name 2Pac, Shakur’s debut album 2Pacalypse Now became available to the public and from this, his debut solo single “Trapped” would become a hit. Throughout “Trapped”, the AABB rhyming format is used in several lines, which not only makes the song more rhythmic, but allows Tupac’s descriptions of hardship and discrimination easier for the listener to memorize. And while it appears to be a simple gangster song, “Trapped” is an insight into the mind of an aggrieved man who becomes victim to discrimination and tries to push back against racist power structures. In spite of it being controversial for the time, Tupac’s work remains a cultural touchstone, which sought to alert Americans of how the black community continues to suffer at the hands of oppression.

Giving the reader an insight into hardships black America faces, Tupac explores how black communities remain trapped in a prison of their own, as marginalization gives birth to hardships within their community. “You know they got me trapped in this prison of seclusion/ Happiness, living on the streets is a delusion”. Tupac uses contradictions to explain how the “happiness” of the glamorized life of a criminal which draws impoverished young men into crime masks the reality that their communities remain deprived and secluded by an authoritarian system “Nine-millimeter kickin' thinkin' about what the streets do to me/ 'Cause they never taught peace in the black community/ All we know is violence, do the job in silence/ Walk the city streets like a rat pack of tyrants”. Tupac’s technical lyricism is further emphasized as the AABB rhyming format is used, as a vivid image of black-on-black violence brought upon by poverty and gang warfare. But eventually, Tupac turns his attention towards an even greater force oppressing the black community, police brutality.

It can be inferred that Tupac, created “Trapped” as a message towards America as a whole, in an effort to speak against police brutality. A similar example of Tupac raising awareness of racism was when he sued the Oakland Police Department for 10 million dollars after being beaten and arrested for jaywalking. The lawsuit was settled for $42,000, but while the suit was ongoing, Tupac stated in a promotional interview for 2Pacalypse Now that “I just want my just reward that's all and I want the whole world to see it. That’s why I didn't take matters into my own hands, I had an opportunity to-I knew it was going to be on TV and say look, this is what happens in America". In “Trapped”, the fictional narrator of the song uses imagery to show how he “Can barely walk the city streets/ Without a cop harassin' me, searching me, then askin' my identity/ Hands up, throw me up against the wall, didn't do a thing at all”. With a vivid example of storytelling, Tupac shows how black Americans commonly fall victim to abuses of power at the hands of the police. And whether through music or through the courtroom, Tupac remained determined to change the nation’s political consciousness for the better.

In “Trapped”, Tupac establishes a need for black people defend themselves against police brutality by urging the listener to empathize with the narrator’s growing sense of anger against an abusive authority. “Sweated me, hunted me, trapped in my own community/One day I'm gonna bust, blow up on this society”. The use of repetition signifies how anger builds up in response to constant oppression and foreshadows how the character’s thoughts turn into action against the forces who oppressed him. “But now he's the Devil's friend, too late to be tellin' him/ He shot first and I'll be damned if I run away/ Homie is done away, I should've put my gun away”. In the last lines of “Trapped” Tupac’s revolutionary principles make themselves clear, with self-defense against police brutality being portrayed as a just action against an unjust system. With the audience looking at the narrator through a first person perspective, Tupac makes them empathize with his feelings of anger and later regret as he finds himself a fugitive of the law for the crime of defending his life.

Thanks to this, Tupac’s debut single becomes a masterful example of storytelling and social commentary, which the listener can easily attach themselves to thanks to the song’s memorable rhythm. While being an accomplished musician, Tupac’s poetic ability also shines through strongly in “Trapped” as he teaches listeners across America how black people remain marginalized and forced into cycles of violence. And from this, discrimination becomes frequent in the form of police brutality, with Tupac urging his audience to resist against these abuses of power. While it may have been thirty years since the song’s release and twenty-five years since his death, Tupac Shakur’s work remains relevant as ever, as what he spoke against all those years ago sadly remains in the heart of American society. Despite this, Tupac’s legacy continues to prevail as his mission to speak against injustice wherever it stood, has made him a shining example for the activists of today.
K

For Want of a Ned

THE LAND OF MAKE-BELIEVE


A Call to Economic Arms said:
America is greatness. It is the pursuit of excellence and the fulfillment of human capacity. America is not the casual acceptance of economic decline and social disintegration. We must have leadership that is committed to world pre-eminence in the strength of our economy, in the cohesion of our society, and in the quality of our environment. To accept anything less is to do violence to the two centuries of our history. America is not just another country. It is not just another place. It is the embrace of fundamental human values that define what man can become. America is "We The People" as respectful keepers of the sacred trust that was forged by the blood and hardships of those who came before us. America has been bequeathed to us. It is a living heritage meant for us to preserve and then bequeath to other Americans, yet unborn and yet proven to be worthy.

Today, that heritage is under attack.
Its restoration is the great challenge of our generation.
This is the mandate to which we must now attend.
Click to expand...