What pictures did you use
K

YES SOUTHERN STRATEGY: SOMETHING THAT LITERALLY NO ONE ASKED FOR


It was the the year 1916 and things were looking grim for President Wilson. Justice Charles Evans Hugues, a man renowned across America for his intelligence and integrity, had won the support of both Taft and Roosevelt, and seemed destined to defeat Wilson. That was, until a papercut on his left thumb became infected with a rather nasty germ and Hugues found himself dead only days after accepting the nomination. Upon hearing news that his former Vice President, that puppet of Wall Street who opposed his progressive vision for America at every turn would now take the White House, Roosevelt became furious and withdrew his support for the Republican ticket, instead running under the banner of the Bull Moose once more. Needless to say, Wilson quickly found himself re-elected by an even greater margin than in 1912, as the opposition consumed itself once more. During the election, a local farmer from Kansas, excited by Roosevelt's economic populist platform decided to go vote for him on a cold November morning only to end up killed following an attempted robbery.

This man would become patient zero of the Spanish Flu that would infect up to a third of the human population and kill tens of millions across the globe. No Spanish Flu giving rise to major economic downturn combined with a Progressive Party bolstered by their success in 1916 ensures that Wilson is a far more popular President after the Great War is saved by American intervention and America finds itself as a founding member of the League of Nations. This rising popularity of the incumbent administration also leads to Irvine Lenroot's loss in the 1918 Wisconsin senatorial election the hands of a close Wilson ally. While innocent Americans falling victim to the Espionage Act, constant labor disputes, anarchist terrorism, and race riots tearing apart cities certainly caused some issues, Wilson remained determined to cement his name in history and run for an unprecedented third term. That was until he nearly died from a stroke in 1920 and decided to support his son-in-law as nominee.

Not sure what happens now, the general idea was that Catholic support for the Dems ends up decreasing as McAdoo does everything in his power to enforce prohibition and starts rubbing shoulders too closely with the Klan. Also racism. This leads the Senator from Boardwalk Empire into managing to defeat his weirdly Soviet apologist VP (the one that became senator instead of Lenroot) in 1928 with a coalition of urban political machines and midwestern progressives. But then Edge's reputation is tarnished by corruption scandals while Great Depression happens and the Democratic primary becomes a crowded field. Eventually, with the support of McAdoo, former Interior Secretary and renowned philanthropist, Herbert "I don't care much for immigrants and black people" Hoover wins the Democratic nomination, guiding America out of the depression. The League of Nations becomes even more powerful as it successfully puts an end to the Italy's invasion of Ethiopia (even though that was 99% thanks to Britain blockading the Red Sea), oversees the end of fascism in Europe, and the defeat of the Japanese Empire after its invasion of the Philippines. However fascism isn't quite dead yet, as even the Republican Party begins taking on more isolationist, populist, and relatively pro-immigration trappings under the influence of Gerald Nye and the America First Committee.
Last edited: Sep 18, 2021
K

Why does Hubert Harrison look like his brain is way too big for his head.
K

The general idea is that Louis Mountbatten's dad, Ludwig Battenberg doesn't move to Britain and serves in the German Army. Because of this his son, (born as Ludwig Jr. ITTL) ends up following his father's footsteps and joins the army during post-WW1 Germany. While serving in the army, Louie eventually gets involved with some revanchist folks in the Freikorps like many young aristocratic Germans and ends up becoming increasingly radicalized after he's stopped from assisting the Kapp Putsch. Louie at this point is mainly focused on climbing army ranks and eventually becomes interested in fascism as he grows older. So when some short Austrian fellow starts talking about restoring German pride and whatnot, it isn't long before Louie gets involved.

Eventually, war happens between the Germans and the Soviets, ending in a Fatherland-scenario where the Reich ends up dominating Eastern Europe and the WAllies shake their fists at them. After the war against the Soviets, Louie's aristocratic blood and popularity means that he's quickly appointed to serve as the colonial governor of Crimea where he does a bit of genocide to bring in German settlers. Because of his loyalty to the army and his brutality in putting down insurgencies, Battenberg becomes an influential figure in army politics after most of the SS are purged. And now that Goring's taken over, Louie wins his favor and he ends up serving as head of the armed forces.

Though Louie doesn't do much other than build more nukes, build more army loyalty, and build more settlements in Germany's African colonies, he's pretty much the heir apparent. Though Louie does end up facing many intra-party rivals, Goring slowly becomes more withdrawn as his opium addiction becomes worse, allowing Louie to take the wheel and proclaim that Goring has appointed him "Plenipotentiary for Internal Stability". After purging the army of his rivals, Goring's death is publicized (though it was pretty much an open secret) and Louie becomes Chancellor. However, the Reich ends up collapsing under its own weigh as international embargoes, slave revolts, and economic recession takes its toll. After 15 years give or take in power, Louie ends up getting shot by Ulrike Meinhof and replaced by that crazy Bavarian guy who bombed a newspaper office IOTL because it said bad things about him. Then the army revolts, the Reich falls into warlordism, and everyone dies, the end.

This was based on a dream i had
K

Name: Crusader
Powers: Master combatant, heightened strength, heightened speed, pyrokinesis, appears to be the only person who can talk to his magic sword
Sex: Male
Ethnicity: White American
Origin: Magical (sword contains all of the powers)
Home City/Country: Los Angeles and the West Coast
Secret Identity?: No
Public History: When famed actor and former martial artist Charlie Cross was exploring his grandfather's abandoned mansion, he discovered an ancient sword from the time of knights and chivalry. And when young Charlie put his hands upon the sword, it spoke back to him and burst into flames. At first, Charlie was terrified at the power he had come across and sealed the sword away. But after witnessing a robbery outside his home, Charlie lept into action, retrieving the sword from where he stored it and displacing the ner-do-well with a burst of flame. Exhilarated by what he had done, Charlie Cross choose to take up the mantle of "The Crusader", protecting others with this strange power he was gifted. Eventually, Charlie would use his ties to producers and directors across Hollywood to help create the first superhero movies, mostly starring himself. And as superheroes became more beloved in the public eye, he would become a major member (though not a founder) of the Justice Guild, popularizing the names of other heroes with films packed with action and suspense. Then when the Second World War began, the Crusader went to war, vanquishing agents of the Black Dragon Society who sought to collaborate with Japanese sympathizers and Negro radicals to destroy America. Throughout the war, the Crusader would be famed for his exploits against the dreaded Samurai Steel and other menaces from the Orient, eventually vanquishing his arch-nemesis by blasting him out of a bomber plane targeting Los Angeles. But as the Cold War ended, a new era rises over America, an era of freedom, world peace, and global dominance, one that Charlie hopes to maintain with his powerful gift. 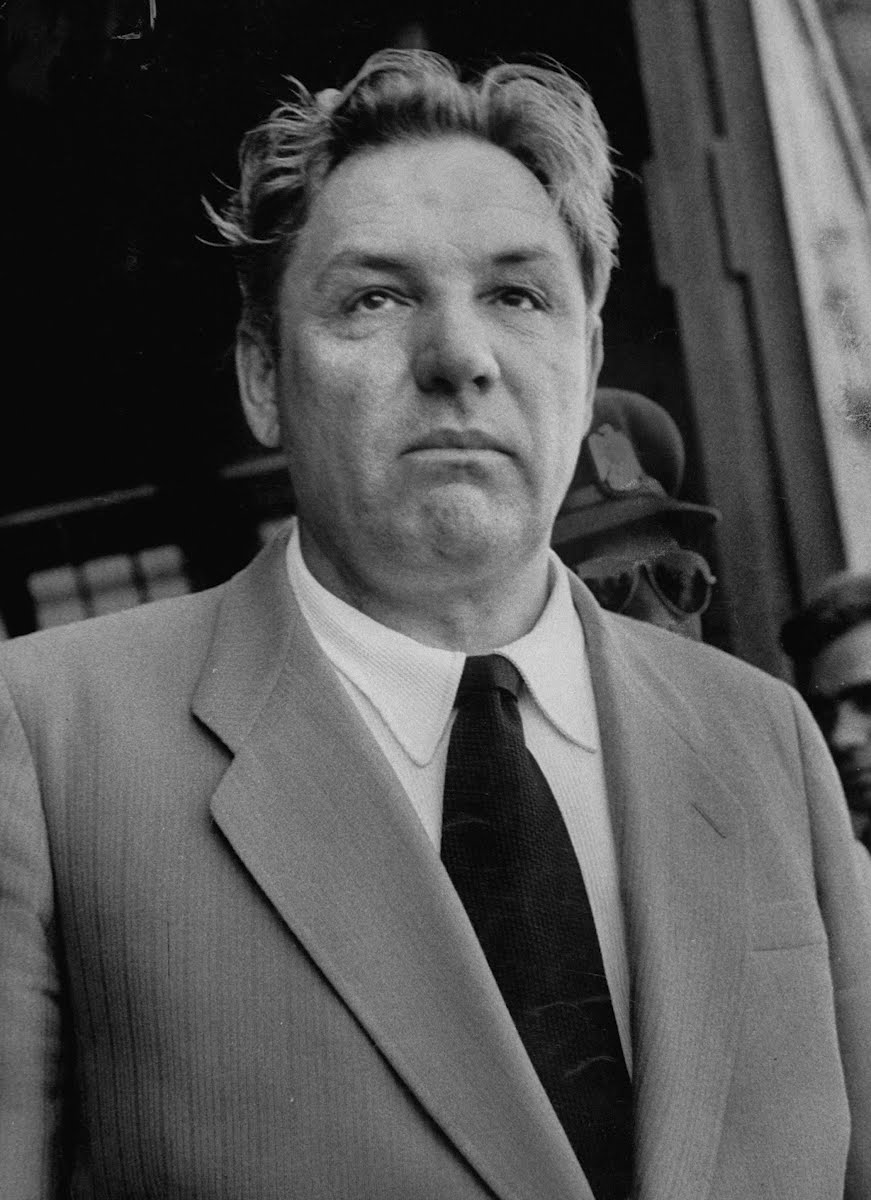 Biography: Butch Ellington was born in a small town West Virginia to a middle class family and lived in the Applachians for a majority of his life but during 1921, he and his family moved to Chicago in search of economic opportunity and where his dad got a job at a big factory where he helped make shitty cars parts that always broke and every night he and his family would kiss a framed portrait of henry ford before going to sleep to praise the person who invented captialism and fortnite and also when he was in chciago he met a black person for the first time in his life nad said "mama why is that man's skin burned?" and mama told him not to get himself involved with them because she was racist but not super racist but then his dad got shot to death by a catholic person from the mafia who was a member of the ITALIBAN and then his mom became suber racist which made him really sad because he didnt care if someone's skin was burned all wierd an d then he was also really smart and then he became an economist and kept talkinmga bout dumb theories like social credit and corporatism to impres sgirls who never went out with him but then he had a drem where henry ford told him to join ford industries soo he whent to ford industries and got hired after annoyingthe interviww guy wih dumb economic theories thawt never attractied any girls and then he went to world war two world war two against the fucking ITALIBAN and then when his catholic blkack friend got killined he said "moma was wrong maybe i shouldn't be racist" and became a racist poltician in chciago wher ehe then ran for senator because henry ford told him to do it in a dream and because his oponentwas a stupid liberal who talked about stupid land value taxes all the time, he won the election annd now butch ellington is now senator from chciago who kisses a protrait of henry ford every night the end
Threadmarks
You must log in or register to reply here.
Share:
Facebook Twitter Reddit Pinterest Tumblr WhatsApp Email Link
Top