Election maps and assorted others

Walpurgisnacht said:
Why Roald Dahl specifically? Is he the leader of Fascist Norway or something?
Click to expand...

I never want to hear of Baffin Island ever again.

Fantastic work Max, all the crinkly bits were worth it.

Thande said:
Fantastic work Max, all the crinkly bits were worth it.
Click to expand...

I think this might also set the record for number of insets in a map I’ve done - I’ll have to check it against Germany in 1990.
Hamburg 1912 (prov)

While clearing out the SSD, I found an unfinished map of Hamburg that I honestly think might be some of my finest work:

I have absolutely no memory of why I made this, but the metadata says I did it in 2013.
T

Ares96 said:
While clearing out the SSD, I found an unfinished map of Hamburg that I honestly think might be some of my finest work:

I have absolutely no memory of why I made this, but the metadata says I did it in 2013.
Click to expand...

As you say, random but really good!
M

Pronouns
Logical, unlike those in German

Ares96 said:
I never want to hear of Baffin Island ever again.

How did this come about?

Looking at Wikipedia, it would appear that nobody actually lives on Akimiski Island all around the year, but that it has traditionally been considered to be part of the territory of the Attawapiskat First Nation, and according to Wikipedia, members of that tribe go there for "traditional purposes", which I can only assume must be something to do with their religion, or something. And they are pretty much the only people who ever go there, apart from apparently bird watchers who are interested in the bird sanctuary they have up there.

Okay, so now, if the Attawapiskat First Nation were a group from further up north in Nunavut who travel down through Hudson Bay to Akimiski Island every once in a while to observe whatever rites it is that they observe there, it would of course make absolute perfect sense for Akimiski to be part of Nunavut, and that's what I figured must be the case.

Then I looked into the Attawapiskat First Nation.

The rest of their traditional territory is all in Kenora District in Ontario!

So why on Earth is Akimiski part of the jurisdiction on Nunavut when it's so far away from Nunavut and the only people who ever visit the place are from Ontario?!

Makemakean said:
So why on Earth is Akimiski part of the jurisdiction on Nunavut when it's so far away from Nunavut and the only people who ever visit the place are from Ontario?!
Click to expand...

Yeah, the Northwest Territories post-1905 were basically whatever bits hadn't been made into a province. You really shouldn't think of it as a natural unit, because well, it's not.

I would like to introduce you all to my newest art therapy project. 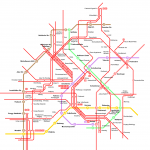 This should be everything west of the river and north of the U4 - probably the trickiest bit of the network. The south is big, but the trams are relatively sparse, so the big challenge should be lining things up properly rather than physically fitting everything in without leaving too big gaps.
Wien 2020 (tram) 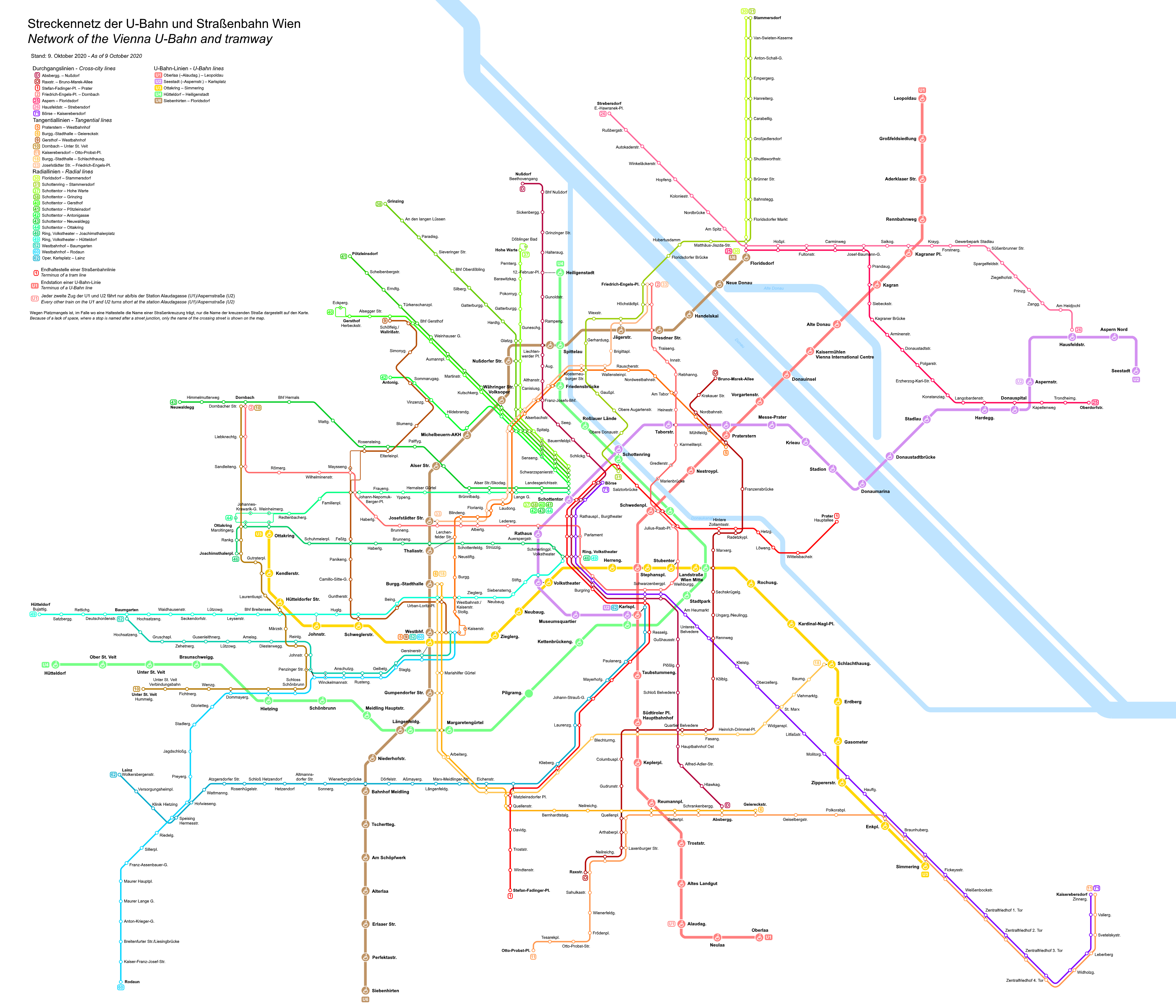 Related to the above:

The DLP winning Gordon is because the incumbent Liberal MLA (no shit) forgot to hand in his nomination papers on time. The party decided to make the best of a bad situation and officially endorsed the DLP candidate, giving them their only-ever seat in NSW.

The five Liberal seats without Labor candidates were, IIRC, all contested by the Australia Party (the forerunner of the Australian Democrats), so there might be an electoral alliance at play, though I don’t know.

Balmain and Heffron were both contested by the DLP, which frankly was always going to do better there than the Liberals, but they were also contested by the Australia Party, which seems to contradict the idea of a general electoral alliance at least.
Helsingborg/Malmö 1966 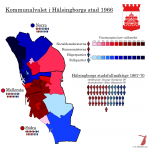 If the first Wranslide was won in Sydney, the second one was the result of Neville Wran's popularity extending through the rest of the state. In 1981, the Liberals pretty much stood their ground in Sydney, losing North Shore to an independent and a significantly redrawn Bligh to Labor but winning back Willoughby, while regaining some of their old majorities in those seats that had held in 1978. However, only one (1) Liberal in regional NSW would hold his seat (Joe Schipp in Wagga Wagga). The Liberals and NCP each ended up with fourteen seats each, totalling less than a third of the chamber.

There don't seem to be any results available anywhere for the 1920 elections, so with that in mind, here are the three other Austrian interwar elections.

In 1923, a fairly dull election campaign saw the incumbent Bürgerblock government under Ignaz Seipel retain power - the German-National bloc lost a lot of votes, but because the CS fell one seat short of an absolute majority, the coalition was the only stable option.

The remaining four years were, um, about as quiet as it's possible for interwar Central Europe to get, and in 1927, the governing parties decided to stand for re-election as a unified list (Einheitsliste) - this was probably a tactical error, as the unified list barely improved on the CS result in 1923. The Landbund made big strides as a result, but did not succeed in depriving the unified list of a majority in the chamber. The SDAP made slight improvements on their 1923 result, and it looked for all the world like polarisation was setting in.

The Bürgerblock government fell in autumn 1930, when the CS nominated a Chancellor who was unpalatable to the German National side, and the succeeding CS minority government called fresh elections. By this point, the stable equilibrium was being undermined by the growth of paramilitary radicalism. The Heimwehr, a loose organisation of ex-military men who originally formed to combat Slovene interests in southeastern Carinthia during the referendum there in 1920, had been on the rise ever since, and the first big clashes between them and the SDAP-supported Republikanischer Schutzbund ensued in 1927 after a group of Heimwehr men were acquitted of murdering a child during a demonstration. In May 1930, Heimwehr groups from around the country had gathered in Korneuburg, north of Vienna, and sworn what became known as the Korneuburg Oath, proclaiming support for "renewing Austria from the ground up" and opposition to both Marxism and German nationalism. From this point on, the formerly loose-knit Heimwehr became one of Austria's strongest political movements. When the government fell and the National Council was dissolved, they very hastily threw together an electoral organisation dubbed the Heimatblock ("Homeland Bloc"), and put up the eccentric nobleman and former Nazi Ernst Rüdiger Starhemberg as their candidate for Chancellor.

The Heimatblock would only get around six percent of the vote, becoming the smallest party in the new chamber, but their entrance emboldened sympathetic elements within the CS and discredited the more pro-democratic elements in the government. In 1931, the Creditanstalt, Austria's oldest and largest bank, declared bankruptcy, and the bailout proposed by Chancellor Ender brought down the government once more. A brief CS minority was followed by the installation of Engelbert Dollfuß, former Agriculture Minister and known corporatist, at the head of a CS-GDVP-HB coalition. In March 1933, a heated debate in the National Council resulted in all three speakers resigning - Dollfuß, never a man to look a gift horse in the mouth, declared the chamber "self-eliminated", and sent in the police to occupy the parliament building and prevent them from assembling again. Soon after, the governing parties were merged into the Vaterländische Front (Patriotic Front - usually rendered as "Fatherland Front" in English) and all others - most prominently the SDAP - were banned. The forcible disarmament of the Schutzbund resulted in four days of armed struggle during February 1934, which is generally known in German as the Februarkämpfe (February Struggles) and in English as the Austrian Civil War, and ended with the total defeat of the Schutzbund.

Now in complete control of the country, Dollfuß proclaimed a new constitution abolishing liberal democracy, and ruled as the fascist dictator of Austria for two months before getting shot. His assassins were not left-wingers, but rather Austrian Nazis (we hate Austrian Nazis) who thought this would be a great time to insert themselves into all of this. The assassination was followed by a general coup attempt, which was foiled by Dollfuß' successor as Chancellor, Kurt Schuschnigg, who would go on to rule the "Austrofascist" state for four years before the Nazis totally overpowered him and forced Austria's annexation into Germany in March 1938.