Did end up getting better pictures [and in one case, stopped using the Wikipedia one. Good. I hate using Wikipedia pictures, they make me feel cheap.]

And after all that, I ended up doing 1944. After the Democrats essentially squander the opportunity of a lifetime to reshape America and the guy blamed for that leaves politics forever, one man is charged with leading the party back to power.

That man was Clark Clifford. He would arguably lead the party away from fascism. Or enable it to go further under Joe McCarthy. He's a man who leaves behind a controversial record, no doubt. Still remembered as "the only good president of that time" before Lodge smashes fascism up.

Anyway, in 1944 he's nominated for the first time, as more of a sacrificial candidate against the popular Lucky Lindy. He would do surprisingly well.

Two Welsh party logos, one I did a long while ago, the other from just today.
D

I really like the Welsh Labour / Llafur Cymru torch especially, Tibby - what programme did you use? Have you got one of those pen things to help draw?
T

Dom said:
I really like the Welsh Labour / Llafur Cymru torch especially, Tibby - what programme did you use? Have you got one of those pen things to help draw?
Click to expand...

Full confession: I just took it from the Maltese Labour Party's logo.
D

Ah, well it is a good design nevertheless.
T

Oh, what a heinous crime, TB, it's not as if that's the sort of thing that ever happens in real li--

Personally, I like the rose that Labour uses. But the torch is the more traditional version. Honestly, I have no clue how the Tories got away with pilfering it barely a few years after Labour switched to a rose.
N

Turquoise Blue said:
Personally, I like the rose that Labour uses. But the torch is the more traditional version. Honestly, I have no clue how the Tories got away with pilfering it barely a few years after Labour switched to a rose.
Click to expand...

Interestingly, in southern Europe, social democrats used to have a book as one of their symbols, the AFIO had their three arrows and so on. More interesting than a rose used by pretty much everyone. Plus, where did the rose come from?
T

The logo of the national Labour Party. Some have mocked it for being a logo for an app, instead of being for a party.

It's supposed to be this whole pretentious modern "re-imagination" of the torch for a "modern" age.

I also came up with some Scottish logos, that I'm not entirely sure of their quality, honestly.

Basically the SNP if they were actually left-wing. They split off the SNP when the SNP decided electing Ian Smith was a great idea.

And on the SNP itself, I faffed around quite a bit, but here's the most recent logo before they merged with the Tories. The SNP's original logo in OTL was a lion before William Wolfe decided a clootie was better. Here, he left with the left to form the Scottish Republicans, so the lion stays.

Honestly, I'm not sure about this one for the Unionists, but the whole thing of using a clootie for a right-wing unionist party was too funny to not do.
M

God is Law and Law is God.

For the second to last, I’d claim copyright infringement if I wasn’t so scared of actually being sued for such by the Premier League.
M

If you're using the angular 'nordic' clootie, you could probably stand to use a more angular, stylised text for it.
B

Turquoise Blue said:
I've done a few election infoboxes for the excellent election game over on AH.com Where the World Will Lead, which is coming up to an end after two long years. Some of those are cheeseburger, so I'll get those out of the way.

View attachment 2028
McAdoo dies before inauguration, leading to Alfalfa Bill Murray ending up President. He makes a mess of it.

View attachment 2029
After a year of Acting President Hugh Johnson, Murray is finally confirmed as President for a second term.

View attachment 2030
And after those eight years, the Republicans finally win with "Lucky Lindy".

Yes, at this period in time W3L [as it's shortly called as] was really into fascism and corporatism. You had William McAdoo who Al Smith feared would exclude Catholics from the Democratic Party, "Alfalfa Bill" Murray who campaigned against corporations, carpetbaggers and African-Americans, Hugh Johnson the Mussolini fanboy, and Lindbergh the hardline non-interventionist and possible fascist sympathiser. It does get better. Eventually.

Now, skip forward a bit, and we get to the Democratic primaries in 1964. It's a fairly contentious one.
View attachment 2031
As you can see, by this time, fascism and corporatism is on its way out, and the liberals and conservatives are battling for the party's soul. Orson Welles [yes, that Orson Welles] leads the liberals that was recently empowered by Humphrey's 1960 run and Sam Ervin leads the conservatives. Welles wins the primaries, but Ervin wins the convention. And goes down in a landslide in November to popular Republican president Joe Foss.

After all that, the 1970s had a huge New Left and New Right that tore American politics apart, and the Democrats were led through it by Sam Yorty, but after Yorty left, the Democrats started absorbing the New Left over time, ending up becoming actually pretty left-wing compared to OTL, while the Republicans end up essentially the Libertarian Party with some conservatives as well. There's also a major socialist third party.

But anyway, enough America stuff, W3L has British stuff as well, which I have done two infoboxes of.
View attachment 2032
Basically Clynes holds on against MacDonald in 1923, ends up PM 1923-1927 before the Tories get back in. Labour ends up going to the hard-left after Henderson is perceived as too moderate for Depression-era Britain. Hence you end up with Prime Minister James Maxton.

Then there's a lot of story between it and the next infobox, which I'll admit was my fault as I was too focused on the American side of it. But the short of it is: Cripps leads Britain through WWII, Tories split in 1950s, Labour dominate 1960s, Tory-led coalition brings neoliberalism and STV in 1970s, Denis Healey leads in 1980s, Robin Cook abolishes the monarchy in the late 1990s, there's a grand coalition in the 2000s that ends up unpopular.

Labour: The "Natural Party of Government", essentially. Provided most of Britain's 20th century PMs, oversaw devolution, the abolishment of the House of Lords and of the Monarchy, It has gone from radical left under Maxton and Cripps to pragmatic reform under Healey to working with the Tories in the early 2000s. Now they've gone back left under Blunkett.

National Democrats: One of the two results of countless splits and mergers of the British right-wing since the Tory right walked out in protest at Rab Butler's working with the Liberals on an anti-socialist pact in 1956. Since then, the "New Democrats" merged with the original splitter, the National Unionists, but a NUP splitter called the Democratic Unionists left, but ended up merging. Then there was another splitter...

United Socialists: Maxton's radicalism didn't last long in the Labour Party and was instead replaced with a more pragmatic left-wing streak that came to a head under Richard Crossman in the 1960s. His alliance with the Spanish government against left-wing rebels led to the Independent Labour Party splitting off. They ended up splitting in the 1990s, but merged back together a decade later as the USP.

National Front: The previously-mentioned DUP splitter was Neil Hamilton's British Democratic Party, which ended up being taken over by ex-Labourite Robert Kilroy-Silk and rebranded the NF. They're basically UKIP.

Reform: Basically an latter-day Social Democrats, they split from Labour when Labour negotiated a Red-Red-Green coalition with the USP and Greens. They ended up killing off the Liberals by taking their votes.

Green: Basically the Greens, only unitary due to stronger presence in Parliament earlier.

Then there's other parties not mentioned in the infobox because they weren't in the top six...

Scottish Republican: Split off the SNP once it went ultra-right-wing under Ian Smith (yes, that Ian Smith), they're essentially a left-wing Scottish nationalist party decidely rooted in socialism. (15 seats, 1.9%)

Communist: Marxism-Leninism. Basically the USP's time in coalition hurt them with zealous "never compromise" voters which went and voted for the next best thing. (12 seats, 3.4%)

Liberal: Often seen as the "Natural Party of Coalitions" due to their ability to work with both sides, they've nevertheless relied way more on the Tories than Labour. They imploded this election due to Reform providing a much more coherent alternative that appealed more to Liberal voters than their party did. (12 seats, 2.6%)

Plaid Cymru: Wales essentially didn't get devolution until the remaining bits of Britain did in 1999. Which ended up driving a bunch of soft nationalists to Plaid in protest at this. Plaid ended up in government from 2002 to 2010, but lost the Assembly election in 2010 to Labour. Overall, they're still very much the alternative to Labour, at least for the moment... (11 seats, 1.2%)

Unionists (Scotland): Remember I mentioned Ian Smith's SNP? Well, they ended up merging with the Scottish Tories to form the Unionists after realising that their "nationalism" was more soft-regionalism than anything and that they were only splitting the vote and allowing Labour to dominate Scotland and whatnot. They sit with the NDP. (10 seats, 1.2%)

I'll try to explain more about the story via wikiboxes, but if you have an AH.com account, I recommend reading the British and American archives I set up. I'll try to finish the British one eventually, I promise you.
Click to expand...

This is very cool!
B

Also, when was David Miliband in South Park?
T

Did some more logos for that timeline I keep doing stuff for. Well, really "did" only two of them.

This one is the "did" one, in quotations. It's actually from a Spanish thing that said "Liberalismos" or something, and I cut most of it off. It's pretty obvious a ripoff of the Lib Dem logo, but I like it for what it is, it's sort of this vaguely alternate logo.

The National Democratic Party is basically "the Tories, but with less racists". It was a merger between the New Democrats [wets] and National Unionists [dries] after they lost 1983 to Labour. There was a right-wing splitter, of course, as the British right-wing here can never stay united.

Notice the 1970s-1980s vibe I tried to give this one. It's deliberate, as this party winds up in the 1980s. It's actually a "Sun of Liberty" here, used by Enoch Powell and his monetarist faction when they took over the National Party and rebranded it. Kept around after they was kicked out due to inertia.
T

The three logos of the three significant parties of W3L's America, along with short and incredibly judgy descriptions of them.

Democrats: Basically just slightly-religious social democrats, but don't like to admit it.

Republicans: Free-market loonies that want to abolish the government.

The War on Gamer 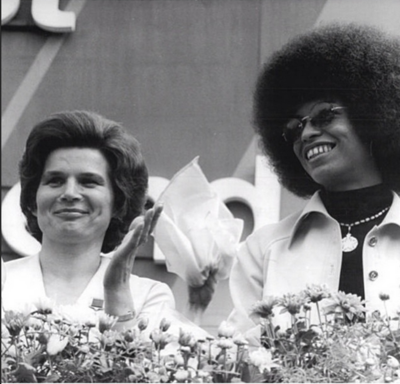