I don't make maps very often, but when I do, I'll post them here.

Here's something I thought of when I was bored: what if every election was won by the opposing candidate, by the same popular vote margin as OTL? For example, here's 2016, where Trump wins the popular vote by 2.09% instead of Clinton. 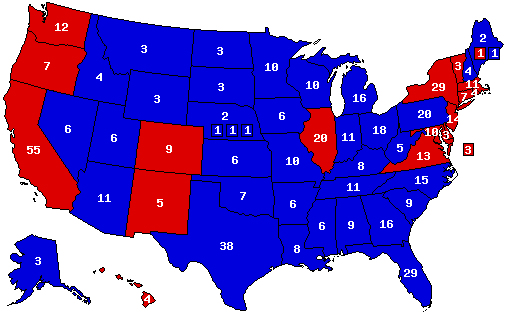 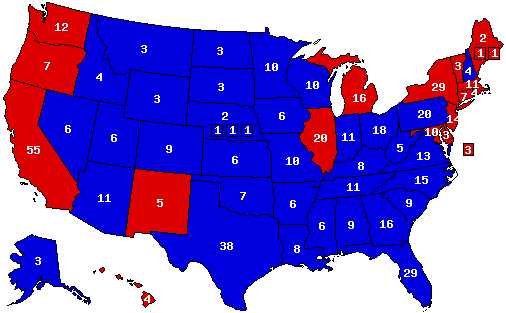 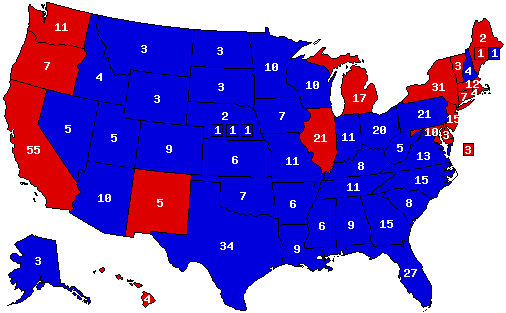 Amazingly the only flip from 2008 to 2012 is Maine's 2nd district. Romney ends up improving on McCain's EV totals due to population shifts in the 2010 Census.
H 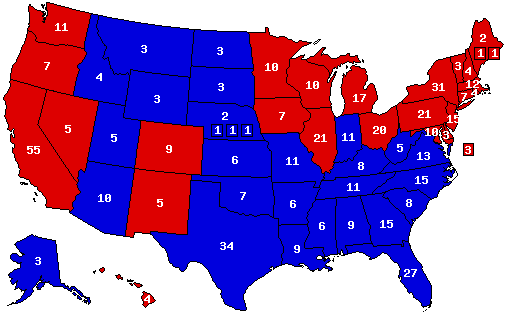 Ooh, interesting concept! Might just be on my end, though, but the maps appear to be missing.
H 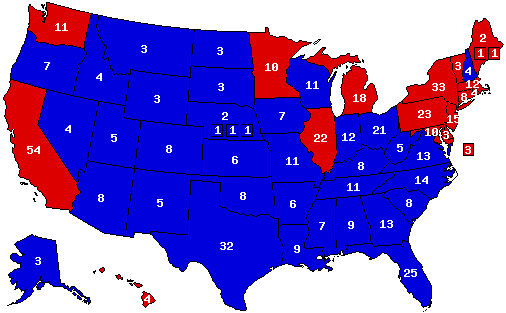 @Caprice I uploaded the map in a different way this time. Does this work? If it does, I'll re-upload the other maps this way.
H 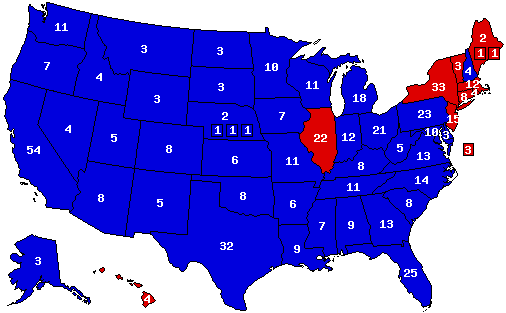 This is definitely the weirdest one yet. I had to do a number of double takes.
H 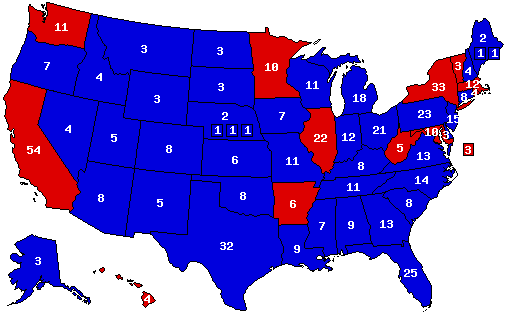 Somehow this one is even weirder than 1996, although it fits my preconceived notions a little better.
H 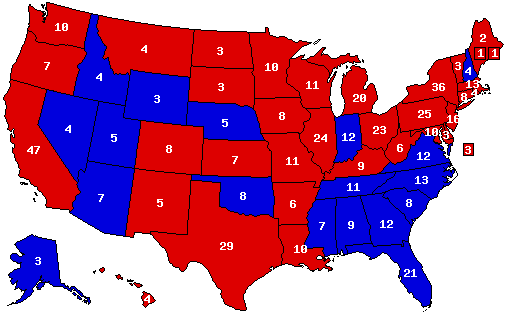 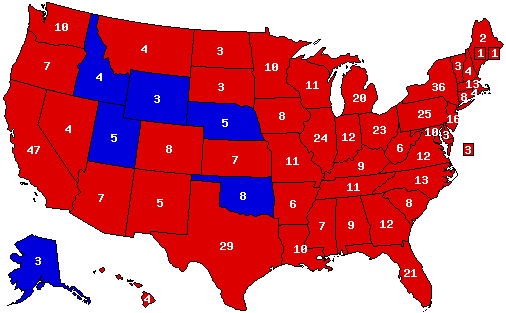 Not quite as impressive as Reagan's OTL win, I'm afraid.
C