Blackentheborg said:
I thank you for the...fuckin brain melt here, but where's Malofeev in that list?
Click to expand...

I wonder what happens to Smeshariki in this environment
M

Also where the fuck is Bondarenko in this case

Also where the fuck is Bondarenko in this case

oh and Navalny I guess
G

Launched off the cliff in the backseat of a self-driving car and food poisoning in London, understood, thank you Mr. Biaggi
G

Meppo said:
Launched off the cliff in the backseat of a self-driving car and food poisoning in London, understood, thank you Mr. Biaggi
Click to expand...

this mf doesn’t understand the complex lyricism of ecco2k

Comrade Izaac said:
easily one of the best exchanges ive ever seen on the forums lmao
Click to expand...


The 2019 UK election if all the candidates were babes

It's fun how labour can't take power for an extended period like the tories, not even in the wildest dreams of labour supporters.
Haven't seen a single tl with that theme, not even in the most blairite versions of labour, it's like some kind of natural impossibility.
G

tukarambhakt said:
It's fun how labour can't take power for an extended period like the tories, not even in the wildest dreams of labour supporters.
Haven't seen a single tl with that theme, not even in the most blairite versions of labour, it's like some kind of natural impossibility.
Click to expand...

All in all, I can say that your graphics are gorgeous and I want to see more of them.

Meppo said:
...huh
Surprised to see what appears to be a Harry Potter reboot; given Rowling's recent behavior, I assumed that it was fairly unlikely to emerge. What happened?
Click to expand...

It's a reboot of the movie series, Rowling only has her name attached to it as 'based on the book series written by' tag in the credits. She's not happy, but the films rights were sold on to a studio keen on not only Black Hermione but British-Indian Harry.

All in all, I'm assuming that Refraction is a darker continuation of the original show? Given the way it ended I assume something like that would be in order.
Click to expand...

Not really, no. It's just a sequel series set when the characters are older.

Yeah, as a bit. He didn't get very far, but the media attention eventually landed him a news satire show.

this seems like an obligatory question, but what the fuck happened in 2024?
B

Comrade Izaac said:
this seems like an obligatory question, but what the fuck happened in 2024?
Click to expand...

Leaving it open to interpretation is more interesting than explaining everything. It's like the Blair Witch.
M

Blackentheborg said:
Leaving it open to interpretation is more interesting than explaining everything. It's like the Blair Witch.
Click to expand...

oh geez, time for a dozen new lists based on this tidbit
B

Meppo said:
oh geez, time for a dozen new lists based on this tidbit
Click to expand...

No word of a lie I'd love that
B 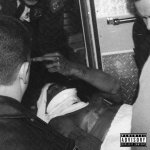 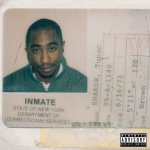 1997: Killuminati (The 7 Day Theory)
Following a near-fatal drive-by that almost cost him his left lung, Pac began a long process of painful rehabilitation that sidelined him for most of 1997. If the surgeries and conspiracy theories weren't enough, he was also put through a lengthy legal dispute with Suge Night, as well as the assassination of fellow rapper and close friend Biggie. The album that was pushed out was already pre-recorded in 1996, destined for a release in March, but was pulled for necessary production and overdubs. It quickly sold out across the country when it hit shelves.

1998: I Wonder If Heaven Got A Ghetto
Having just barely survived, Pac was wheelchair-bound and noticeably frail by comparison to his more boisterous past persona. Stuck in his home for many months in-between operations, he recommitted to his books, as well as becoming more active in the political arena, more vocally critical of the Oakland police department than ever, going so far as to have a sit-down meeting with President Bill Clinton on the subject of gang violence and economic relief to African American communities. This collimated in his most conscious and controversial album yet, turning his near-death experience around on his enemies and reaffirming his status as the Face of the West Coast Scene.

2000: s/t
Considered among his most polite fans as his 'pop album', -- the rest use more expletives -- Pac's eponymous album was commercially successful but panned by critics and fans alike. In the time since Heaven Got A Ghetto, Pac had married his girlfriend, Kidada Jones, and fathered a daughter, Afeni. As well as staring as Jedi Councillor Mace Windu in the new Star Wars prequel trilogy, he had shrunk away from the music scene and was more focused on his family, which now included his father in law, Quincy Jones, resulting in an uncharacteristically R&B sound more akin to TLC's Waterfalls than the hardcore rap fans were expecting. Contemporary reviews are far more favourable than those in the new millennium, seeing as how many of the songs explore the dichotomy between his outwardly 'hood' persona and his own learned background, it's still considered a stumbling block by many. You know it's bad when your mom and pop start liking it.

2002: All Power 2 The People
A master class in the comeback album. Produced by Rick Rubin, featuring guest verses by Snoop, OutKast, Zack de la Rocha, Posdnuos, Erykah Badu and Roots Manuva, it was the perfect politically-charged record for a post-9/11 America. Many cuts from the album were played during anti-war protests ad-nauseam, a handful of which Pac himself attended, as well as publicly rejoining the American Communist Party for the first time since his youth. All this rabble-rousing would even earn him multiple hateful rants from Bill O'Riley, as well as an assassination attempt by a mentally unstable Fox News viewer. Unlike the other two attempts on his life, this one ended when Pac bet the man to a pulp. This was the breaking point. He'd had enough.

2013: Okonkwo
Tupac Shakur had been missing for over ten years now. Some thought he'd fled to Cuba for his unofficial retirement. Some thought Suge got to him. Some weirdos even thought he was publishing clues about the 'deep state' on 4chan. In reality, Pac was a happy family man, living comfortably off royalties for album repressing and Star Wars merchandise likenesses. It wasn't exactly a white-picket fence suburbanite dream -- he maintained that option was closed off to him since birth due to the inherent racist conditions of capitalistic society -- but he could finally live peacefully. When he eventually dropped his first album with no fanfare at all, luxuriously produced by Kanye West, critics were taken by surprise, even more so by the announcement that this wasn't really anything more than a passion project the artist had done up in his spare time. Did he have anything left in the tank? Sure. But it was gonna be on his own terms.