Walpurgisnacht said:
Labour: This week the Yael Katz controversy issss...the decision to hold the conference in Newcastle. Apparently, when Neckinger refers to the Welwyn Managed Zone as 'a shining example for a new Britain', everything is dandy, but if the Labour party go too close to a commune open warfare will break out as society crumbles and giant rats roam the street feasting on the unburied dead.
Click to expand...

Everything is going according to the plan

Enjoyed the FALC and Left United Front entries especially, if only for the idea of a split between orthodox Maoists who are affiliated with the Labour Party and neo-Maoists who are trying to get along with the other gangs of revisionists.
M

Walpurgisnacht said:
Anti-State Action Forum: The 'party' HQ has been moved again due to raids, and this time the squat is...an abandoned building on the Lincolnshire plains? It appears that one of the Tolstoyists took "cast thy bread(tube) upon the waters" a bit too seriously.
Click to expand...

Skaven said:
Enjoyed the FALC and Left United Front entries especially, if only for the idea of a split between orthodox Maoists who are affiliated with the Labour Party and neo-Maoists who are trying to get along with the other gangs of revisionists.
Click to expand...

FALC are less Maoists and more...well, the F stands for Full, the A for Automated,...


Mumby said:
what are the lincolnshire plains i have never heard of them it doesn't exist
Click to expand...

Blame the seawall to keep the floods out causing the fens to drain.
M

Walpurgisnacht said:
Blame the seawall to keep the floods out causing the fens to drain.
Click to expand...

the fens are already drained
W

Mumby said:
the fens are already drained
Click to expand...

(where's the commune though?)
M

you could flood the fens again, that seems like a not unlikely course of events
W

Edmund said:
(where's the commune though?)
Click to expand...

Newcastle is the largest of several communes that are technically part of the UK but have significant local powers and a low to nonexistent level of capitalism within. The communes began from mutual aid societies which ended up with power over their locations following the Inundation and near-collapse of central government power in the 2040s, much like how the Managed Zones originated from drastic action taken by the residents of free ports to preserve themselves.


Mumby said:
you could flood the fens again, that seems like a not unlikely course of events
Click to expand...

Everything is going according to the plan

Walpurgisnacht said:
FALC are less Maoists and more...well, the F stands for Full, the A for Automated,...
Click to expand...

Ah, I had assumed such from the inclusion of the latest scion of the Brar dynasty, and the defence of Mao implicit in the criticism of Katz' appearance at a Great Leap Forward memorial
W

Avalanches said:
Joseph Mashatile, the first African General Secretary, the man who took the MCCCP into the stars
Click to expand...

Whilst I am fond of Paul Mashatile, Mrs Warthog and I always feel there was something wrong with his eyes 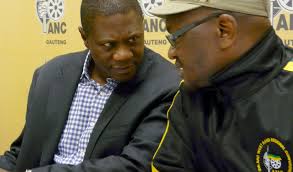 Skaven said:
Ah, I had assumed such from the inclusion of the latest scion of the Brar dynasty, and the defence of Mao implicit in the criticism of Katz' appearance at a Great Leap Forward memorial
Click to expand...

Yeah, the party grew out of a Bastanist takeover of the Worker's Party, and Brar Iteration Three is part of a fairly tankie old guard which still has a fair bit of internal influence.
M

United Congress: The dominant party of India, with branches present across the Empire's Dominions, United Congress remains an 'Indian' party first, with its base being the Greater India Diaspora. But United Congress has in many ways become the 'conservative' party of the Imperial Federation, defending the status quo of strong constitutional monarchy, the Imperial Free Trade Area, Dominion autonomy and Indian economic and political hegemony. By the sheer fact of being India's dominant party, having never lost an election on the subcontinent since Dominionhood in 1933, the modern Imperial Federation is dominated by United Congress - even discounting its affiliates in the other Dominions. It is notable that many of these affiliates are strong in historically white Dominions - a legacy of the 'Aryan Supremacy' doctrine that sought to press Britisher and Indian interests together against 'non-Aryan' races such as Africans and East Asians.

African National Congress: Starting in South Africa, where the oracle of Aryan Supremacy Mohandas Gandhi first elucidated his theory, the ANC has spread across British Africa. It grew into a mass movement during the darkest years of Aryan Supremacy, fighting against the union of White and Indian settlers. The final end to the doctrine of Aryan Supremacy in the 1970s was achieved by the defeat of United Congress at the Imperial elections, allowing a fragile coalition of socialists, liberals and civil rights activists to finally end minority rule. The ANC never achieved its dream of independence from the Imperial Federation - the return of United Congress to government put paid to that - but the ANC has become the second most powerful bloc in the Imperial Federation - albeit a localised one compared to the ubiquity of the United Congress.

Cooperative Commonwealth Federation: Representing the multifarious ideological socialists of the Imperial Federation, the CCF is ironically perceived as a 'white' party - the nascent socialist movement in India was coopted by United Congress, informing their technocratic/corporatists style of economics; while a similar thing happened with the ANC in that the left split on Aryan Supremacy and those opposed ended up affiliated to the ANC. This has left the CCF strongest in the older White Dominions - and in non-Indian/African regions such as Malaya.

Liberal-Conservative Federation: While many conservative parties have been coopted by or affiliated to United Congress, a great many haven't. These parties are opposed to the statist sensibilities of United Congress, their commitment to central planning, and in general the dominance of India. For this reason, the Liberal-Conservatives were once home to the Imperial Federation's white supremacists, for home Aryan Supremacy was an ideology that promised the doom of the white race. That attitude faded after the 1940s, as the ANC's struggle for civil rights grew more important, and the commitment of United Congress to imperial integrity could not be questioned. The alignment of the Liberal-Conservatives on keeping the black man down led to the more hardcore racists drifting away, and the dominance of free marketeer 'classical liberals' in the party.

Oh that's an amazingly dark use of Gandhi's historic comments on Africans.
C

Labor Wing - They are likely to win, already having the entire Emperor as their candidate. They are generally pro-worker, which makes the workers like them more. Since there are a lot of workers, the labor wing is unlikely to lose an imperial election anytime soon.

England Two Independence Party - Spontaneously arose in late 1906, gaining traction after nominating Father Henry C. Lodge to be the candidate for Emperor. Most popular in York City Two, whose inhabitants, instead of wanting to join England Two, want England Two to screw off.

Dixie Wing - Thomas Watson's racist group is losing steam, and is hardly expected to win any states outside the Way Down Bit.

One must always remember that the entities described from here on in are Groupings Comrade, not Factions dear me no. After all Factionalism was banned under Lenin and it wouldn't do at all to suggest that his edicts were being ignored.

Centrists - Molotov would tell you "Crisis, what crisis?" but Stalin's untimely death (car crash, HAH!) has thrown the so-called Centrists into tizzy. Kaganovich and Voroshilov are at each others throats and Mikoyan has done his usual and ducked out for a more sure bet. Even the previous iron cast opposition to the NEP has faltered with Kalinin of all people suggesting a temporary rapprochement with Bukharin to blunt Trotsky, it seems only a matter of time before this group tears itself apart and the other groups pick over the carcass.

Left Opposition - Speaking of which, guess who is walking around like the cat who got the cream? Trotsky has been quick enough to eye the opportunity arising from Stalin's death, cosying up to the likes of Mekhlis and welcoming Bubnov back into the fold. Zinoviev continues to berate Bukharin and NEP behind closed doors while Kamenev diligently works away nailing down rudderless Stalinists. Trotsky is no fool and knows this is the best chance to obtain power he has had since Lenin's death, he wont give it up without a fight; his remaining influence within the Red Army has given more level headed elements within the party concern over potential Bonapartism.

Moderates - The home of the NEP wing, Rykov is the official voice of this group but everyone knows that Bukharin is the chief ideologue and driving force here. Koba has been quick in seeing the threat of a resurgent Trotsky and has feverishly worked to build a broad coalition against him, uniting such diverse figures as Tomsky and Lozovsky of the Trade Union movements, Bogdanov and his cultural circle and elements within the OGPU opposed to Trotsky's influence within the armed forces. His biggest coup has been to secure the backing of Mikoyan and his Caucasian contacts, though this has given Trotsky an opening to attack him on the grounds of supporting incipient Nationalism. Bukharin still has the reputation of being a "duckling" in politics however, it remains to be seen if he can control the disparate forces he has assembled.
M

Presidents of the United States of America

1969: Beginning of the Second American Civil War (Populists vs Constitutionalists)

Presidents of the United States of America (Populist)

Presidents of the United States of America (Constitutionalist)

Man,this is good but it does kinda make it awkward to play the Colonel’s dating sim now