A Loyal City on a Hill - The Commonwealth Wank

Countdown: two weeks to the election! Any predictions?
V

Today is the day! I will be covering the election live on the Our Fair Community Discord Server, and I will be posting hourly summaries here.
V

"Good evening, and welcome to this special CBC News coverage of Election Night in Columbia, 2020. I'm Anderson Cooper. It has been one of the most unique elections in our nation's history, and posts using the #columbianelection hashtag have been showing nearly empty polling places as special measures have been taken to ensure public health and safety. And despite urges from Christie's CNPP to allow the election to go on as scheduled, or even to forgo the election for the duration of the COVID-19 outbreak, one of parliament's last acts before dissolution was to adopt Elections Columbia's recommendations to run this election safely."

"Joining me tonight virtually are my fellow CBC correspondents and political analysts and we will be joining them throughout the night. But for now, as the polls close in the five eastern provinces, we still cannot release the exit poll until the western polls close in about one hour's time. In the meanwhile, we will turn to Natalie Morales to see what her take on this campaign has been."

"Well as you said this has been a unique campaign and there has not been a clear winner among the opinion polls and Politico is currently predicting that the odds of either Kasich or Cuomo forming the next government being just about even. It will come down to the kingmakers: Christie and Tonko. And it has been a rough six weeks for Christie, and the opinion polls have been showing him tanking as the outbreak in Columbia has worsened."

"As we're waiting for the polls in the west to close and for the first results to come in, let's look at the targets. What seats will you be looking at, Natalie?"

"For the Liberal Alliance, I think that Erie would be a seat to watch. CNPP won it with less than half of a percent ahead of the Liberals. That may well be a bellwether for their outcome tonight. But with how Cuomo has been polling as leader of the resistance to a government he's accused of being hijacked by nationalism, it may well be that the entire list of Liberal targets turns gold tonight."

"And as strange as it may seem, the Conservatives could also benefit from Christie's collapse. LC could easily pick up seats like Mount Vernon and Havering if Kasich's strategy to distance himself from Christie's more anti-science stances towards climate change and the coronavirus. Despite the CNPP being able to prop up the Conservatives for the last five years, Kasich seems to have set his sites on the ever elusive goal of a majority government."

"As for the CNPP itself, they've got quite the uphill battle ahead of them. They've not been polling well nationally, and even more damningly even in their battleground seats and targets. If Christie can't take even Centreville-St Andrew, it may well be over for him. If that happens, we might well be hearing a resignation speech from him tonight."

"I'm going to have to interrupt you there. We're hearing that we might be on the verge of the first result of the night. We're going to go live to Wilmington, where the returning officer is coming up to the podium." 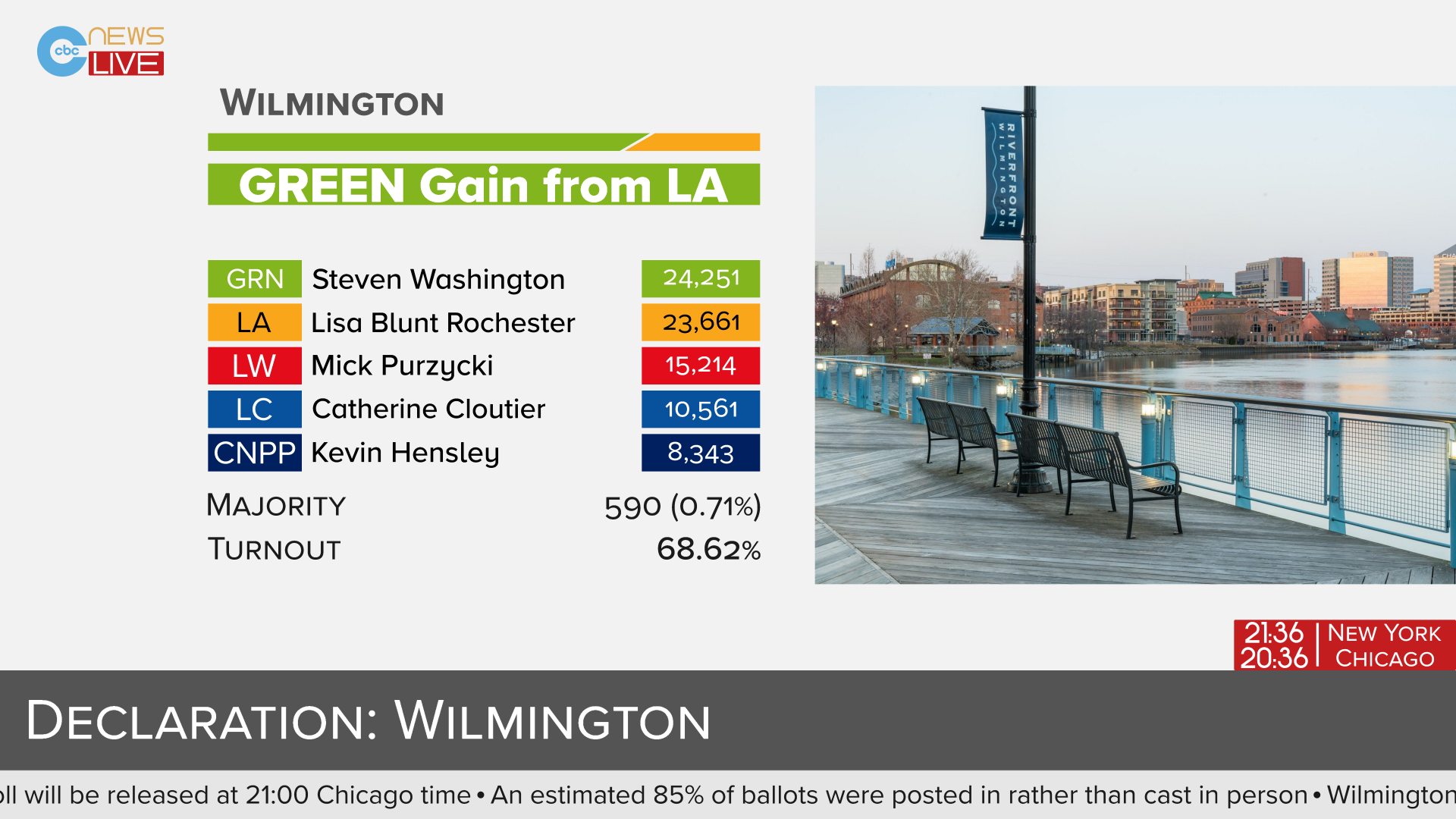 "Wow, what a result for the first one of the night!"

"The Greens, despite being such a dark horse, have been polling increasingly well in Pennsylvania. The province has always been the core of the Green Movement in the country, ever since the incident at Three Mile Island. But this will still be a historic moment as Steven Washington becomes the first ever Green MP to be elected to the federal House of Commons."
V

"As the clock in Wrigley Tower chimes 9 PM in Chicago we are now able to release our exit poll." 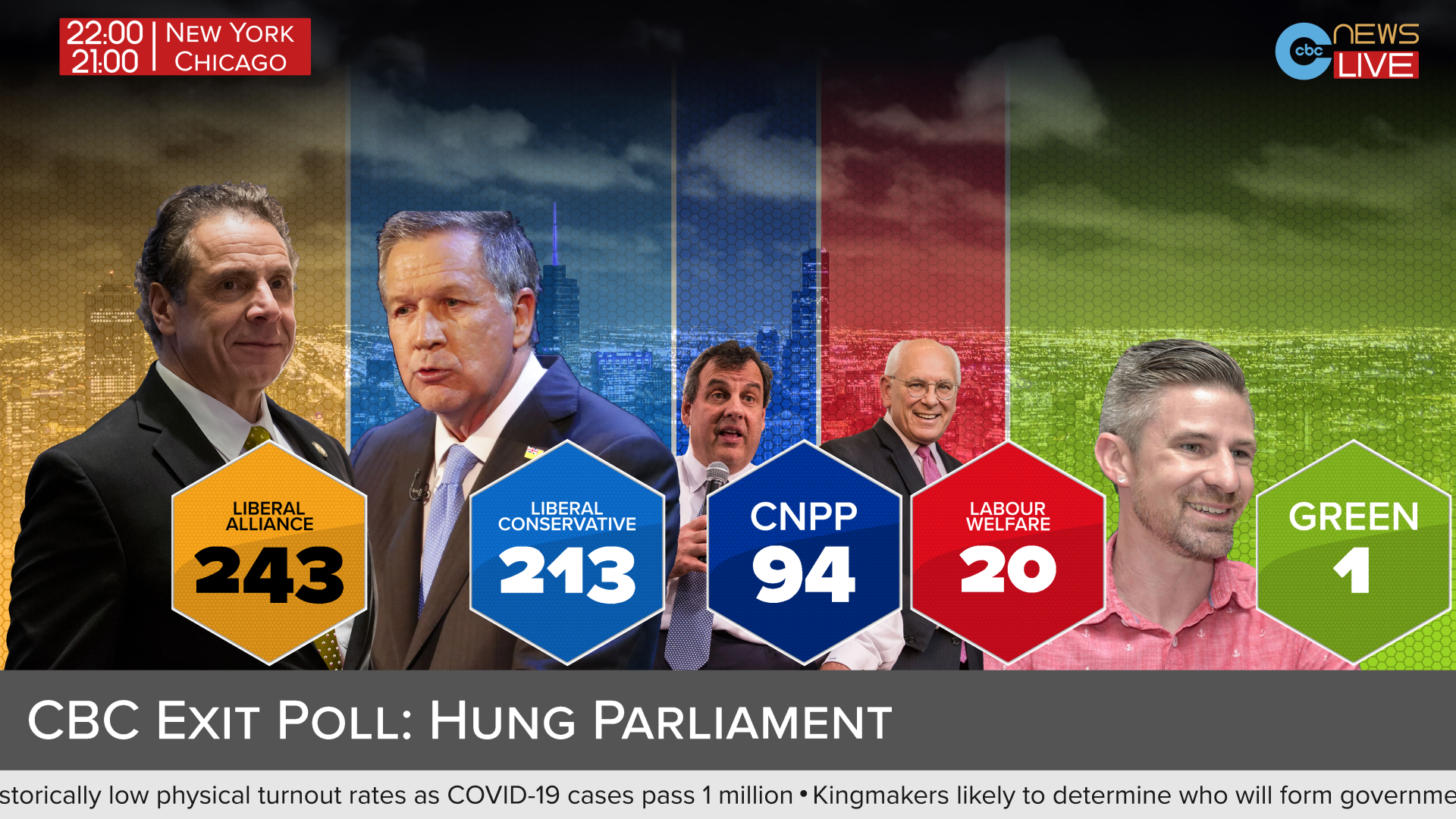 "We can now say that we are likely heading for a hung parliament once again, and the Liberal Alliance will be the largest party once again. Andrew Cuomo will have the first chance to form a government, but with the Labour-Welfare Party being down 9 seats, they may not be able to reach the necessary 286 seats to form a confidence-proof government."

"We should note that the exit poll may not be as accurate as it usually is since we were able to poll as many people due to the majority of the voters having cast postal ballots in this election, so we may well see these numbers shift wildly over the course of the evening."

"The opinion polls seem to be quite on point with the exit poll for the CNPP however. I would not want to be Chris Christie right now." 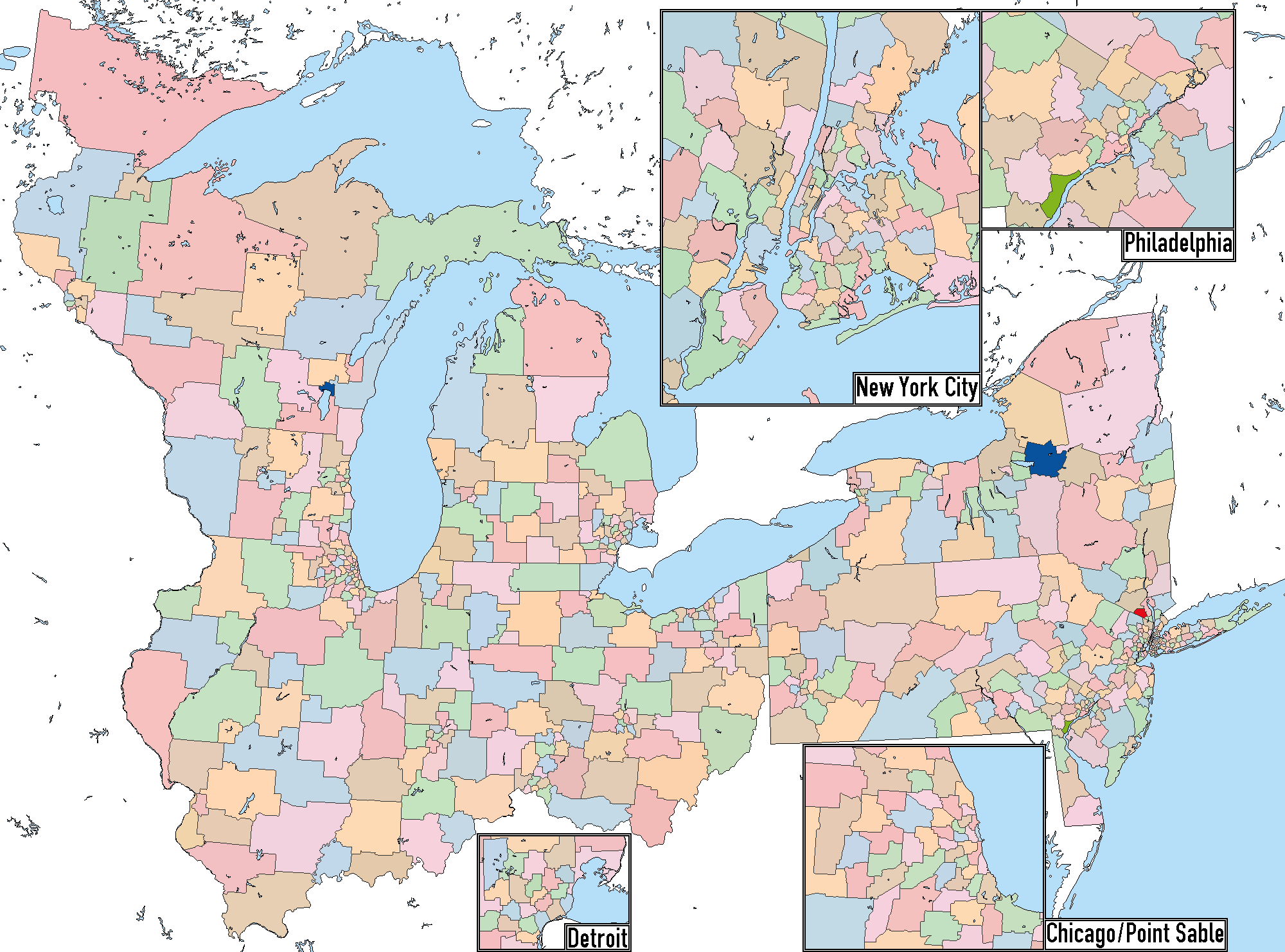 Further results as of 4 am:

"The first declaration of a leader's seat of the night sees Cuomo returned with a very comfortable majority of more than eight thousand votes. Should other LA MPs perform as well Cuomo will certainly take this as a mandate to take power as Prime Minister."

Full standings as of 4 AM: 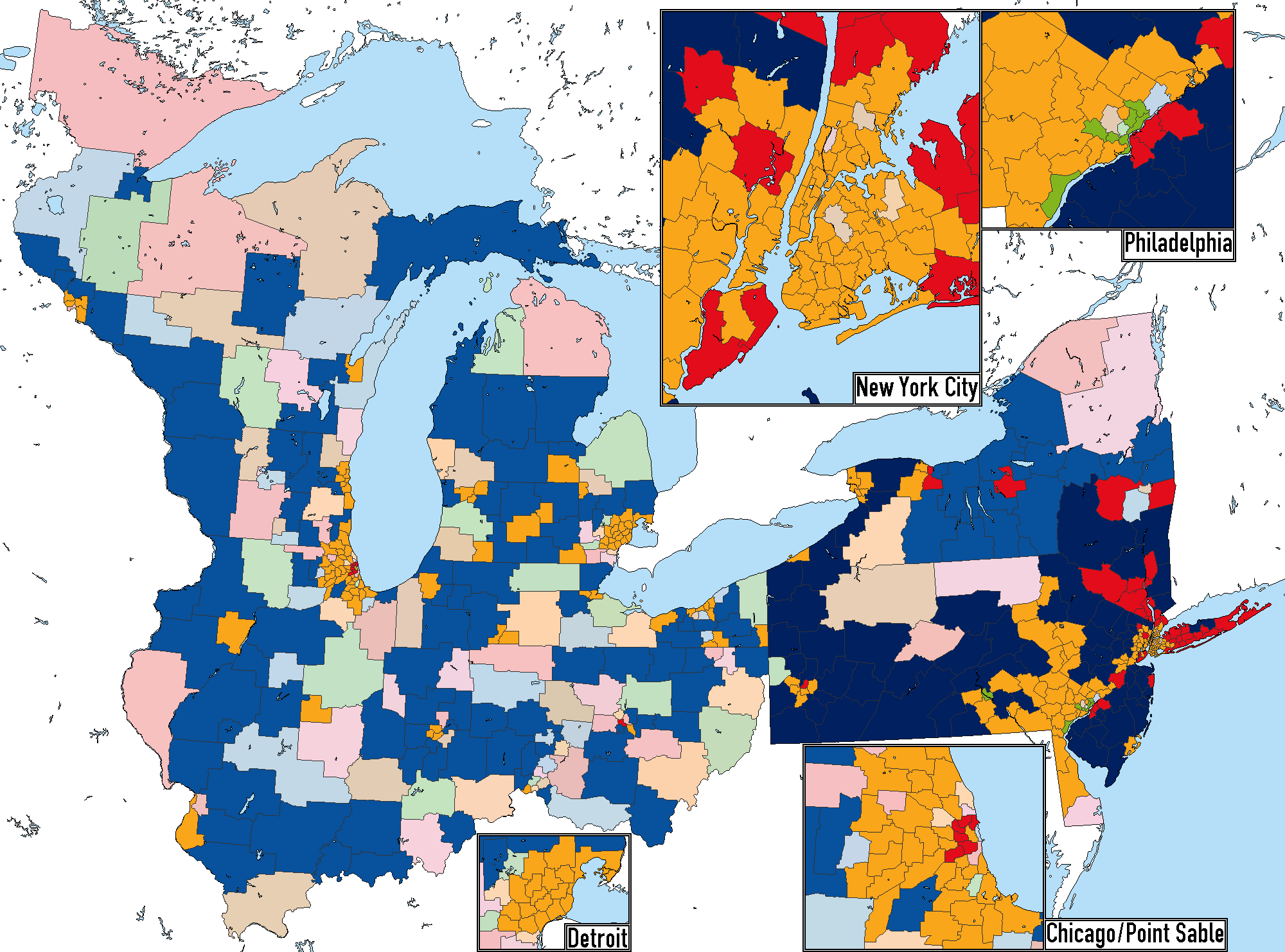 And finally here are the full results: 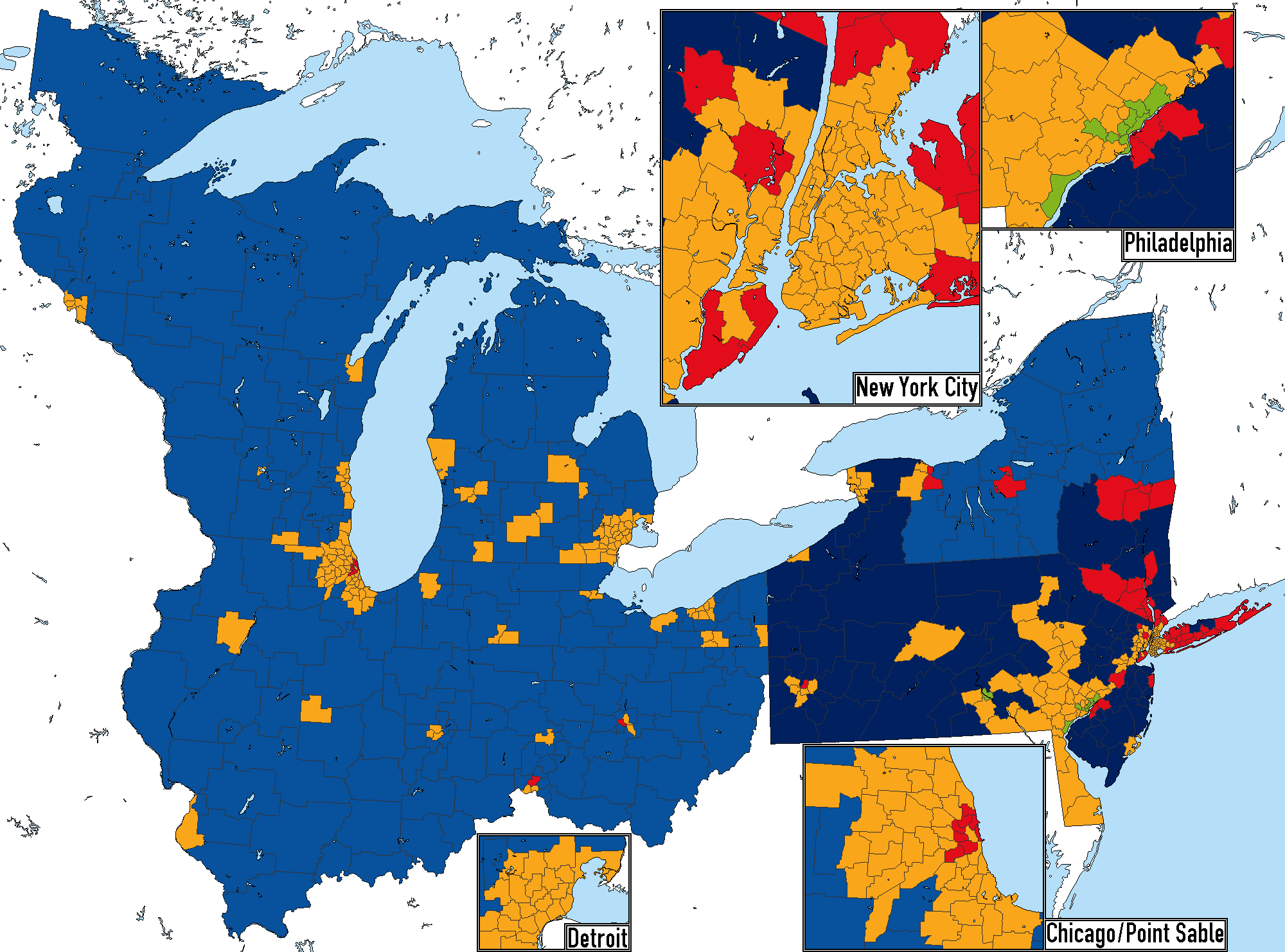 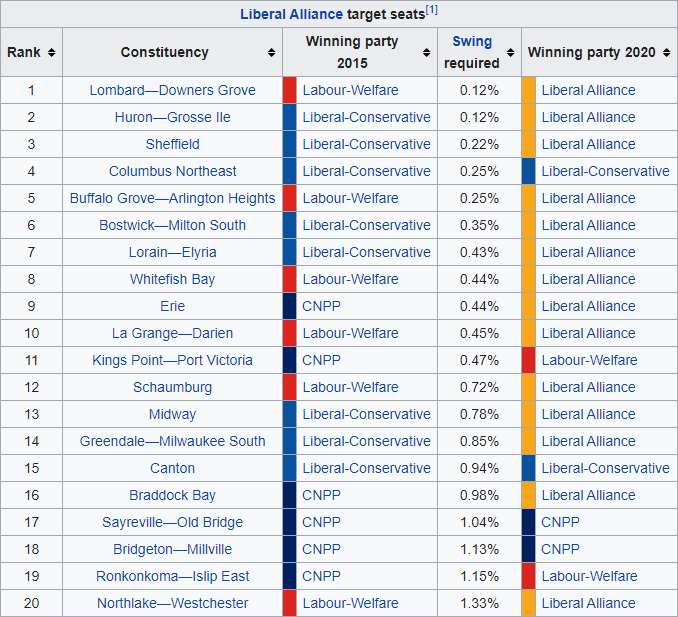 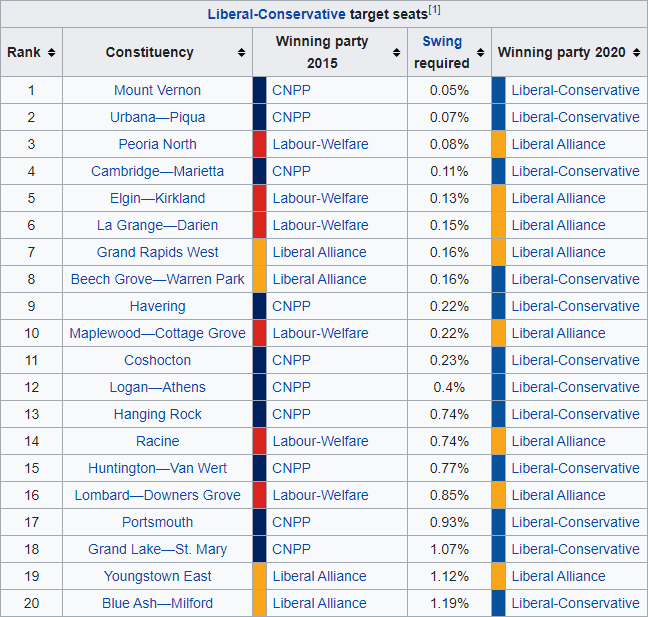 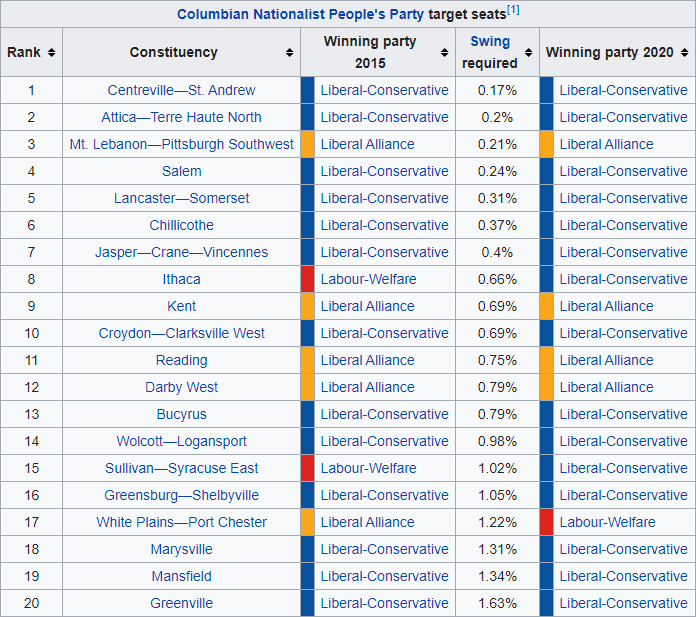 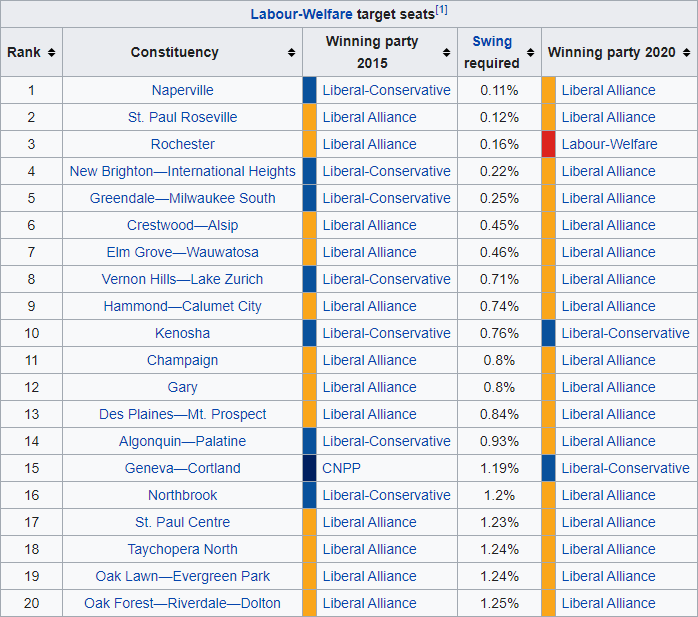 I also want to take this opportunity to thank @Pokemon Master because his help in creating this election and especially the election coverage was absolutely invaluable. Without his help this would've never happened.
A

Very interesting and well put together scenario @VT45 . What are the politics of the state to the south like (I don't think it said what its name was on the North America map focused on Mexico?)
V

Well now that this project is finished I can focus on other things, such as that. I’m assuming you’re referring to the Dominion of Virginia? If so, then not good.
W

Incredible work on the election and amazing attention to detail. Very happy to have gotten to have seen it come to a close!
M

Spectacular work as always, @VT45 ! Looking forward to what comes next for this universe. Anything planned for New England in the near future?
V

Well now that I've gotten this bit of Columbian lore out of the way, I should hope!
V

Just to stick my head up again to say I haven't abandoned this. Here's what you've got to look forward to! 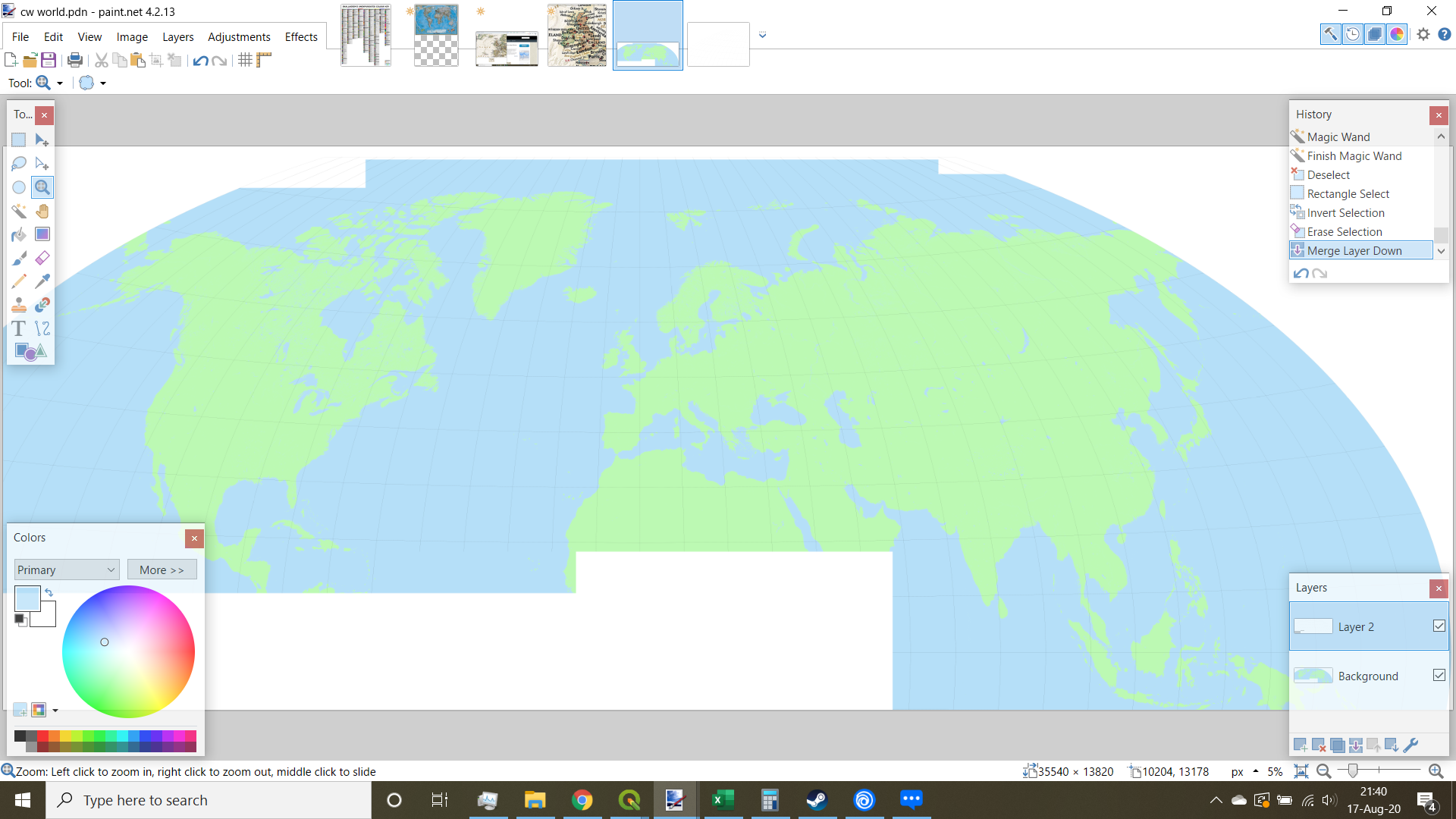 Quick update, and just to assure you I'm still plugging away. Feel free to ask questions in the meantime 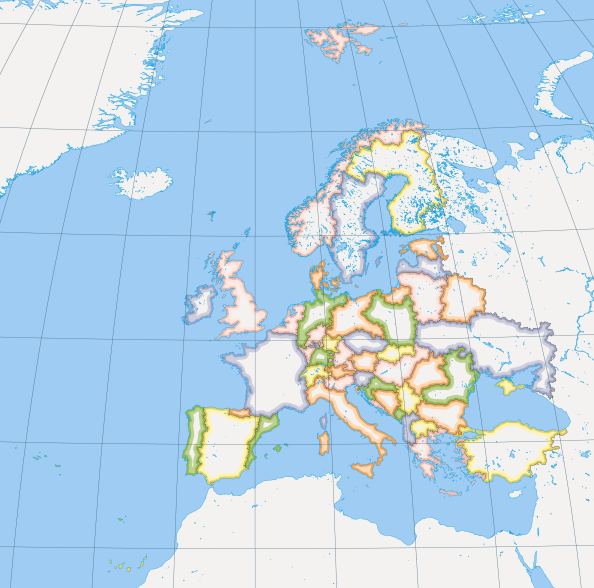 what happened to Germany and Austria-Hungary (if that ever was a thing ITTL)?
V

Pokemon Master said:
what happened to Germany and Austria-Hungary (if that ever was a thing ITTL)?
Click to expand...

Austria-Hungary devolved over time along the lines of the transition between the British Empire and the Commonwealth IOTL. Today it's the closest this world has to a European Union.

Germany never unified in the first place. The best they could do was consolidate the imperial circles.
V

Still working through the world map, but the last few months have been rough. Anyway, I've finished Eurasia and now I'm onto Africa. But before I do that, I need to know what happened to the continent during the colonial era. So here's how far I've gotten. If anyone has any ideas on how to split up the rest of the continent please let me know! 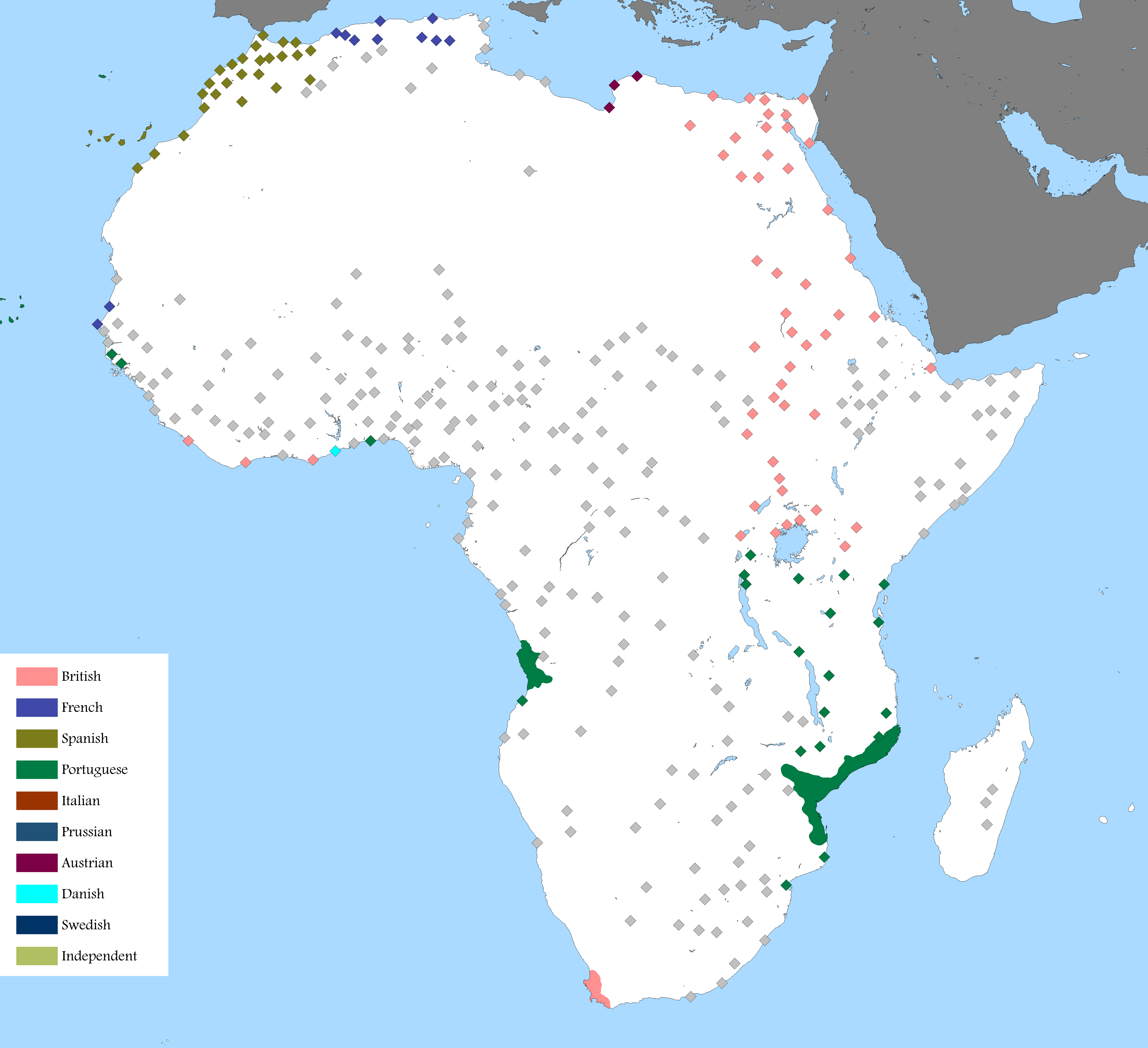 If you're looking for suggestions, it'd be neat to see a second independent African state, like the way Ethiopia managed to maintain its independence until the Italians conquered it in the 1930s. Maybe somewhere in West Africa, in or around OTL Nigeria?
S

I think there should be a big Swedish colony around the cape.
W

Seriously said:
I think there should be a big Swedish colony around the cape.
Click to expand...